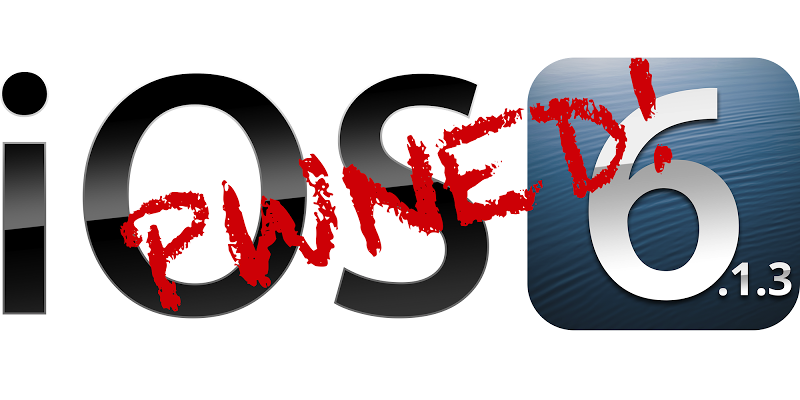 From the lot, a developer by the name ‘Winocm’ has made a new tweet saying ‘needs some more work’.

He also suggested that he has access to binaries that allow the untethered access to iOS 6.1.3. While the jailbreak may just be for A4 devices, it does offer some hope. 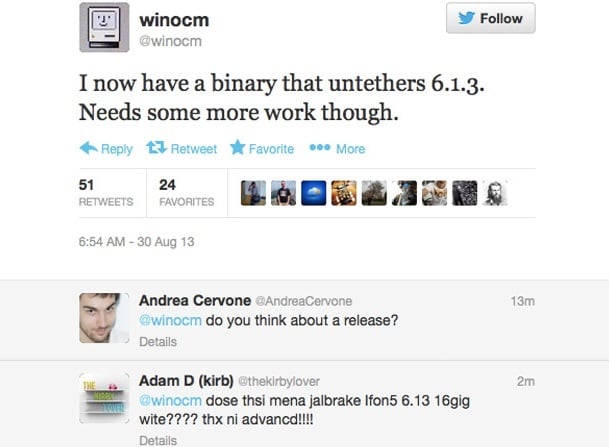 Apple has stepped up its game in recent times, making it harder than ever for jailbreak teams to exploit their firmwares. Looks like A5+ processor owners will have to wait because jailbreak for devices has been limited so far.
For those who don’t know, there is a tethered jailbreak available for A4 devices in case of iOS 6.1.3, but it doesn’t work on high-processor devices. Furthermore, the tethered jailbreak requires a connection after the device is restarted of powered off. This is quite inconvenient.

With the iOS 7 on the horizon, most of the jailbreak community has its sight sets on the new firmware, and it still remains to be seen whether it will be crackable or not. Apple has offered a lot in terms of features, designs and apps, so it remains to be seen if the developers even consider a jailbreak (although we are sure that they would).

While there is still time for official iOS 7 release, we will keep an eye out on iOS 6.1.3 jailbreak, even if the story revolves around A4 devices. It may be late because a new firmware is about to be released, but the solution would only be a welcome addition to the list of jailbreaks that are in existence.

Do you want to see iOS 6.1.3 untethered jailbreak?