A couple of days ago, the all new iPhone 5 was launched by Apple. It’s expected to do well worldwide. The biggest competitor of the sixth-generation iPhone, as we all know, is the Samsung Galaxy S3. 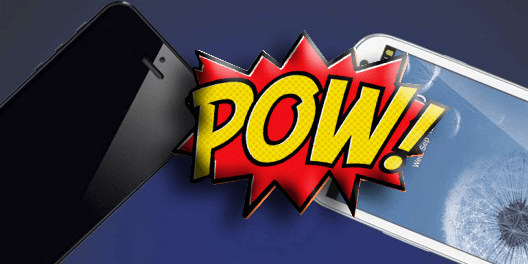 By now, many of you may have heard about Samsung’s new print ad. They have taken an aim on Apple’s latest handset. The print ad compares the specifications of both devices.

As you can see on the top – it says ‘It doesn’t take a genius’. At the bottom, it’s written ‘The big thing is already here Galaxy S3’.

This was a poor attempt in our regard to get media attention, as the iPhone 5 isn’t even out in the market yet. However, Apple fan boys are out there, and they have made a similar image which is a good answer to Samsung’s print ad. See the image for yourself.

This is funny and a good answer to Samsung’s ad. Don’t Settle for Cheap Plastic 😉 Did Samsung create this new ad in reaction to the case they lost against Apple which led to a $1 billion loss? This may result in an advertising war between the two companies and we may see more such ads in the upcoming days. Feel free to comment below!