After months of waiting, Apple has revealed the device we all have been waiting for, the iPhone 5. Yes, the 6th iPhone generation — iPhone 5 is finally here! 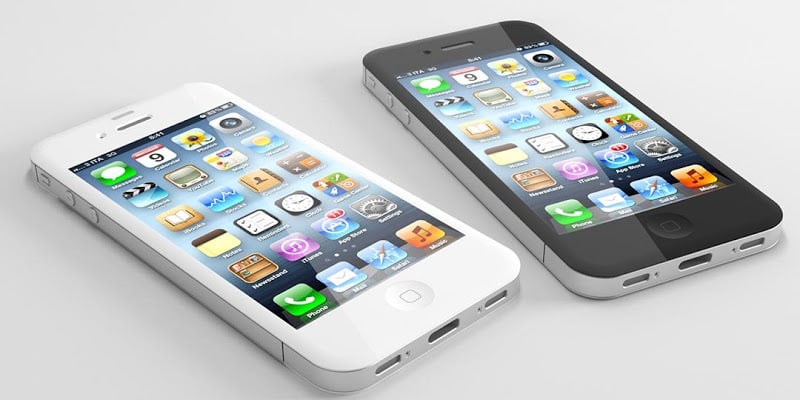 As expected the new installment in the popular iPhone series has a new design and a lot of amazing features. Let’s take a look at what make the iPhone 5, stand ahead of its competitors.

The design is what has got the people talking about the iPhone 5. Though the basic general shape is kind of similar to the iPhone 4 and iPhone 4S, the eye-catching thing is the aluminum + glass back and a longer 4-inch retina display.

The device features a 4-inch Retina display which has a resolution of 1136 x 640, with a pixel density that comes in at 326PPI. The longer display allows apps to display more content. Videos are played in widescreen without the lettering, etc. The headphone jacks are now at the bottom of the device.

The display of the iPhone 5 features 44% more color saturation along with integrated touch technology making the display the most accurate and advanced currently present in the market.

The device only weighs 112 grams and that makes it 20% lighter than the iPhone 4S. It’s also the thinnest smartphone present in the market because it’s only 7.6mm thick.

The back is two-toned which means that there is glass at the bottom and top, while everywhere else you will get to see metal. This takes care of the weak non-Gorilla Glass problem faced by the iPhone 4 and iPhone 4S.

The Home button (the same one) is present at the center, underneath the screen. The volume buttons are on the left hand-side and so is the mute and un-mute switch. There are three microphones. One of them is at the back, the other at the front and the third at the bottom. This leads to improved noise cancellation and a better sound quality.

The device has an A6 processor which is 2x A5. The speakers of the device have been reduced by 20% and noise cancellation is supported by the earpiece. Users are introduced to the Wideband audio which means that lower and higher frequency bits of sound will be more audible during a voice call.

There’s a dynamic low-light mode, a precision lens alignment, sapphire crystal which leads to better quality images at 8 megapixels. The resolution of the front camera has been increased to 720p HD.

There’s also a Panorama mode for capturing landscapes and the image is saved at a 28 megapixel resolution.

The battery can give you 8 hours on LTE which is an improvement over the iPhone 4S.

The small dock connector is USB 3 compatible and that makes it 10x faster than the USB 2 30-pin connector. The dock connector has been named Lightning. It is 80% smaller than the previous connector and has an adaptive interface, is more durable and can be plugged into any orientation.

Having 4G LTE on the iPhone 5 means that the users will be able to see improvements when streaming HD videos or high quality audio streams. The 4G LTE supports speeds up to a 100Mbps. The Wi-Fi supports two bands which are the 2.4GHz and the 5GHz.

A dock connector convertor is being presented for the iPhone by the name ‘Lightning to 30-pin Adapter’. This allows users to use old accessories with the new hardware. All of the older accessories are compatible with the new device, except for the cases and sleeves.

iPhone 5 come up with iOS 6, read more about iOS 6 features.

There’s a new type of SIM card featured in the iPhone 5 which has been called by many as Nano-SIM. This new SIM card needs to be obtained from the network carrier in order for the iPhone 5 to work properly.

The pre-orders start from the 14th of September and the shipment is from the 21st. Pre-orders will be available in the countries: U.S, Canada, Australia, UK, France, Germany, Japan, Hong Kong and Singapore. It will be available in more countries after the 28th of this month and in more than a 100 countries in December. You can buy unlocked iPhone 5 or use this solution to factory Unlock iPhone 5.

Let us know what you think of the iPhone 5!