Making Windows function on hardware that it wasn’t intended for has become a hobby of those with the knowledge and skills to pull it off. With the penetration of handheld devices worldwide, people are doing more amazing things than ever before. 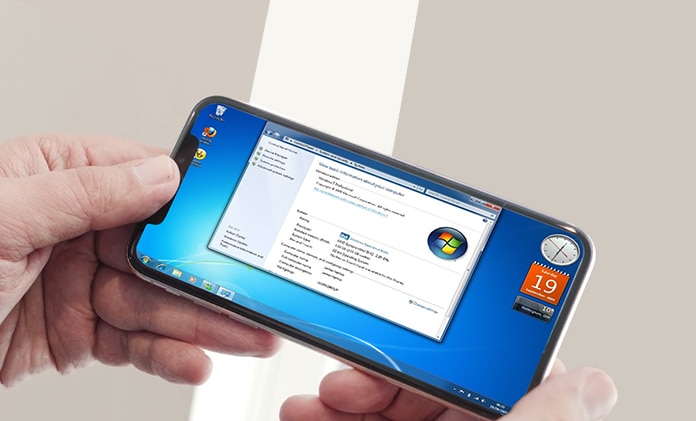 One of the such things was when an individual managed to get Sim City 2000 and Windows 95 to function on an iPhone X, and now pretty much the same hardware has been seen running a newer Microsoft OS version – an iPhone X running Windows 7!

The amazing achievement by Hacking Jules is published in a YouTube video, and it displays Apple’s latest flagship device hosting Windows 7 from Microsoft, although the matter in which it is functioning is highly unlikely to win awards.

It takes almost half an hour for the Windows to launch on iPhone X and once it does, there’s nothing that’s responsive enough for the user to properly use Windows-based elements. Still, looking at the possibility of an iOS-based device running Windows is kind of intriguing.

It all became possible courtesy of the iBox x86 emulator, a project featuring 64-bit support and even functionality that supports devices that have not been jailbroken. You can check it out on GitHub (it’s in all its glory), but for several individuals this video from Hacking Jules should be enough.

Historically, a lot of videos have been made showing Apple devices force to run a software that was never designed for them, but it looks like the iPhone X is the most capable. The latest smartphones are sturdy powerhouses that come in tiny packaging, and we wonder how they’d have run Windows if they had driver support. For now, enjoy the video.

Are you amazed about this? Tell us in the comments below!