Using a strong passcode will keep you safe from most threats, but there are tools that can break through the strongest of passwords via Lightning port. Fortunately, a new security feature that disables the Lightning port and keeps your data secure and safe has been introduced by Apple. 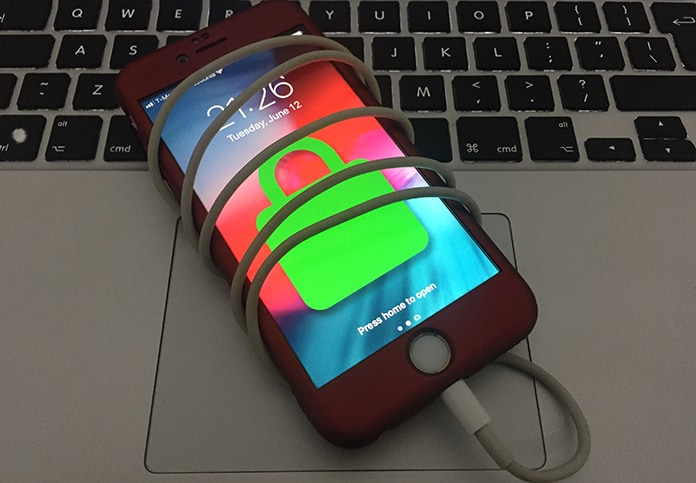 The security feature was initially revealed in iOS 11.3 beta as USB Restricted Mode but wasn’t packed in iOS 11.4. Before, it took 7 days after the last iPhone unlock to lock the device out of all USB accessories, rendering tools of brute-force like Cellebrite and GrayKey useless.

The feature has been improved in iOS 12, cutting the time it takes to stop those accessories, which should please iOS users but frustrate thieves and hackers. Instead of a 7-day waiting period, only an hour is needed for the USB Restricted Mode to kick on after the iPhone is locked. 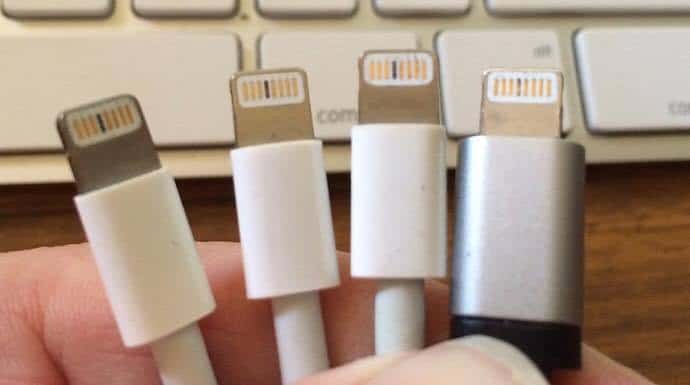 Restrict USB Accessories Access on iPhone or iPad in iOS 12

The feature is activated by default. To see if it’s working, launch the Settings app, then enter “Touch ID and Passcode” or settings for “Face ID & Passcode.” Then below “Allow Access When Locked” you’ll see a toggle for “USB Accessories” which should be disabled. If it’s enabled, switch it back off to keep the iPhone safe. 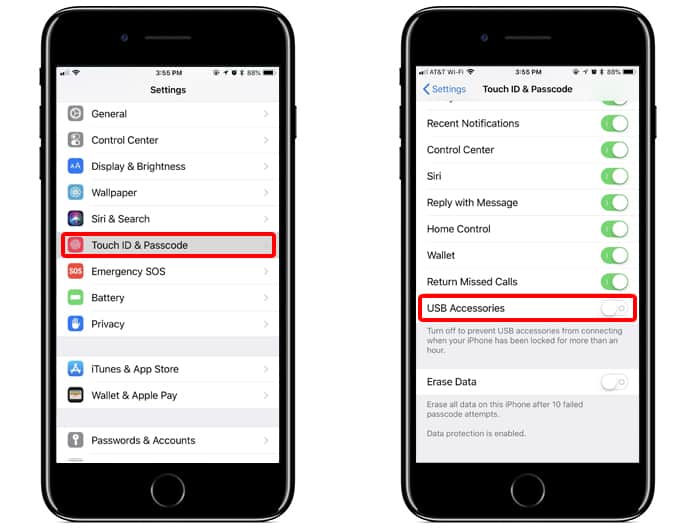 As we mentioned above, it takes one hour after the iPhone is last locked for the setting to function. After it does, the Lightning port of the device becomes nothing more than a location to charge the iPhone. However, you can only charge via wall outlets after using the setting – not computers.

Once the setting is in place, any attack attempted via USB will be useless. Also, iTunes syncing from personal computers won’t work until the passcode, Face ID, or Touch ID is used to unlock the device. In fact, a “USB Accessory” notification will appear stating “Unlock iPhone to use accessories’ with charging disabled. 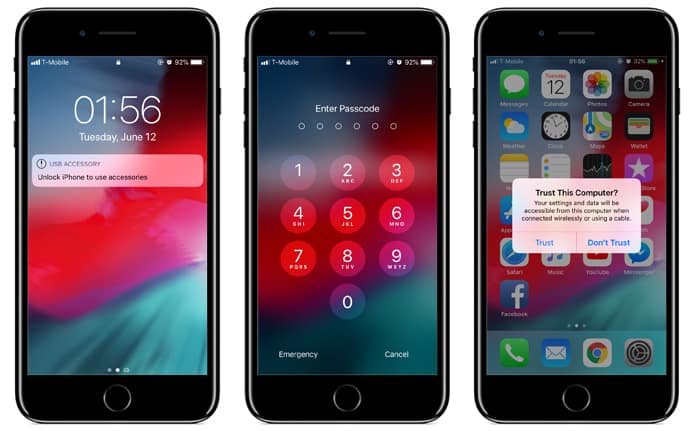 Once access has been granted to the USB accessory, the device will remain connected even after an hour, and it won’t quit while it is being used, even if it hasn’t been unlocked inside an hour. It means things like playing or viewing the Music collection in iPhone can be continued. After you disconnect, the timer will begin from zero again, and an hour later, if the device has to be reconnected, the iPhone has to be unlocked again.

Power-only accessories and headphones, like the 5-watt USB power adapter that arrives with the iPhone, will still function without unlocking first once the countdown ends. It’s just all things detected that are trying to transfer data from and to the iPhone that will be locked out.

It’s also worth mentioning that in the time before the iPhone restricts data access on the Lightning port automatically, your vulnerability is as high as it is without setting. However, it is very unlikely that Grayshift, Cellebrite, and other security organizations working independently or on the payroll of law enforcement officials would be able to hack a password within that limit of an hour, though a workaround might be created.

If the USB Accessories setting is disabled (i.e. it is toggled to enabled), the iPhone will remain susceptible to data transfers with USB accessories even after an hour. If the device is stolen or otherwise taken away from possession of the original owner, the biometric and passcode might not be enough to protect his/her data. It’s not known at this point if USB accessories will be deactivated without an unlock as it happened in iOS 11.4. Let’s wait for iOS 12 to come out, then see for yourself.