Recently, many lucky people were able to unlock their iPhones via SAM unlock method. 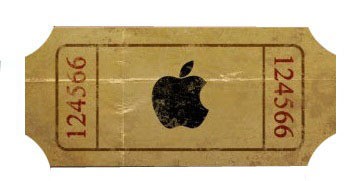 The activation is a process through which a new or recently restored iPhone can get by the “Emergency Call Screen” and the iPhone uses it to connect to a cellular network. iOS lockdown folder has the code or “ticket” which is responsible for activation. After a full restoration, the iPhone is connected and iTunes generates an Activation Token and sends it to Apple’s activation server. After validation of the Activation Token, the server generates a WildcardTicket and sings it with Apple’s private key.

The iPhone’s baseband is activated by using the WildcartTicket. It’s stored in the file “/var/root/Library/Lockdown/activation_records/wildcard_record.plist“. It has all the information about network unlocks and SIM. The WildcardTicket is received by factory-unlocked iPhones that permit any SIM card. Apple’s “Albert” servers handle all iDevice related activations which were patched recently by Apple to discontinue “fake” activations via SAM unlock method via loktar_sun.

For the first time, the iPhone needs a cellular data connection for the first time, after the activation in iTunes. Calls can be made if the alert says “iPhone is activated“. Every ticket to each SIM card and iPhone is unique which is why the saved activation ticket can’t be used on multiple devices? The ticket is valid for 3 years so it’s vital to save it in case a full restore is needed on the iPhone.

Is it Possible to Edit SAM Unlock ticket?

As you can see on the image, the only difference is between “ActivationRandomness” (colored in red).

What do you think — It’s possible to edit SAM unlock tickets?