Despite COVID-19 bringing meetings to a halt, Samsung went ahead with the annual shareholder meeting (probably because the outbreak is going down in their country of origin). The outcome provided answers to some really interesting questions. Essentially, Samsung allowed shareholders to question them from anything, from being compared to Apple to being questioned about the inferiority of their Exynos chipsets. So, let’s explore the answers. 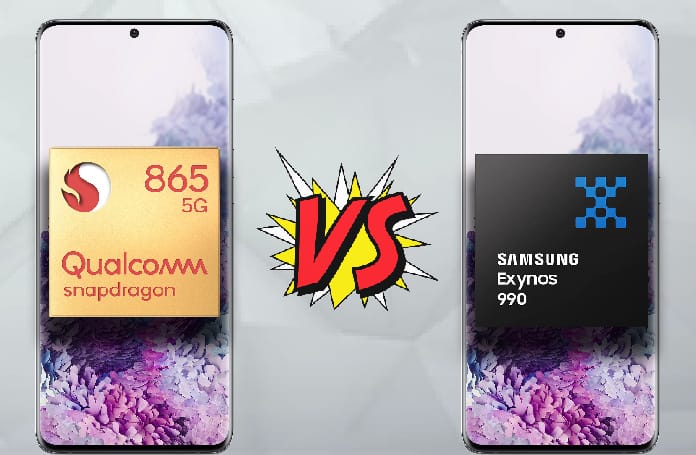 Why Is Samsung Sticking with Exynos?

Why are Galaxy S20 models in Europe using Exynos 990 rather than Snapdragon 865? It’s because Samsung is choosing chipset around competitive logic rather than pricing.

It used to be bad, though, as past iterations of Note and Galaxy handsets came with Exynos models worldwide and Snapdragon chipsets for the US. However, Galaxy S20 comes with Snapdragon 865 even for the Korean units. That came as little consolation in Europe, however, as people started a petition to improve the parts performance.

Every year we have hoped for Samsung to either give us the same device or make their own parts perform on par with the competition. They have failed to deliver on these requests over and over again and the performance gap only seems to widen over time. In the age of transparency, it is time for a change and for us consumers to have the right to choose what we spend our hard earned money on.

The story may indicate that Exynos 990 is far behind Snapdragon 865 when it comes to performance, but it’s a whole different story in reality. Check out these specs.

Peak clock frequency of Snapdragon 865 is 2.84GHz vs 2.73 Ghz, and the display refresh rate is 144Hz compared to 120Hz for the Exynos, and the camera resolution is 200MP vs 108MP for Samsung’s offering. However, none of that will make a significant difference as both chipsets are manufactured using the 7nm second gen production method. Only Samsung Galaxy S20 Ultra has superior performance. So, to further explore differences, let’s look at synthetics.

As evident, Exynos 990’s M5 mongoose core is holding its own. Snapdragon 865 only gets ahead when the whole cluster (including graphic calculations) comes into play. 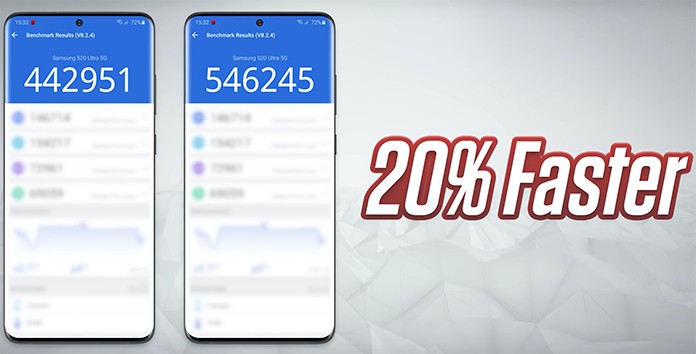 Well, there are significant differences between 60 and 120Hz display refresh options. Higher refresh rates can drain the battery life by 20-30% on Exynos models. The battery life, however, is better on Snapdragon 865 Samsung Galaxy S20 versions.

Therefore, it’s safe to say that Snapdragon 865 Samsung Galaxy S20, S20 Plus, and S20 Ultra reign superior over their Exynos counterparts. We’re not sure if people will care about synthetic differences and other benchmarks, but battery life could certainly be a difference maker. Your thoughts?