Google Maps is an amazing utility. Especially if you are looking for a place where you haven’t been for a long time, or maybe somewhere you need to go for the first time – Google Maps work as the savior. There are some places where the internet connection is not stable and you can’t afford to get stuck either. For those crucial moments, Google Maps offers a feature that most people actually don’t know of. Learn how to use Google Maps offline on iPhone or iPad. 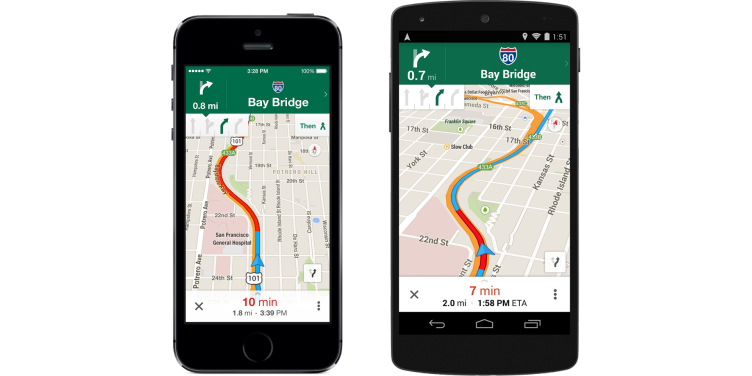 The ‘My Places’ features lets the Google Maps users allow saving maps of their preferred places which is viewable even without any internet connection.

How to use Google Maps Offline on iPhone

On the latest Google Maps version, the profile button marked with three parallel horizontal lines open up the features like Satellite View, Transit Routes and ‘Your Places’ as well. This feature shows if you have any previous locations saved with Google Maps on your device. You can view previously saved locations using the My Places features. And if you don’t, there’s another button in the bottom of the very same page that lets the user create a new location map.

Tapping on that opens up map with a square box on it. The Map user can drag in and out to zoom in and out on the box; that lets you set how much of the area you want to save for offline usage. The limit is currently 6 MB at most for maps. You can go wide for saving a region but the Map app will let you know the limit that you shouldn’t exceed.

When a map is saved, this stays on your device and you can use it whenever you need. If your device has a GPS module then the pointer will show your current location. However, 3D Maps or Street View won’t be available in saved maps; you need a live internet connection for those to work.

How to Save / Use Google Maps Offline on iPhone

Step 1: Launch the Google Maps app on your iPhone and click on the user icon. 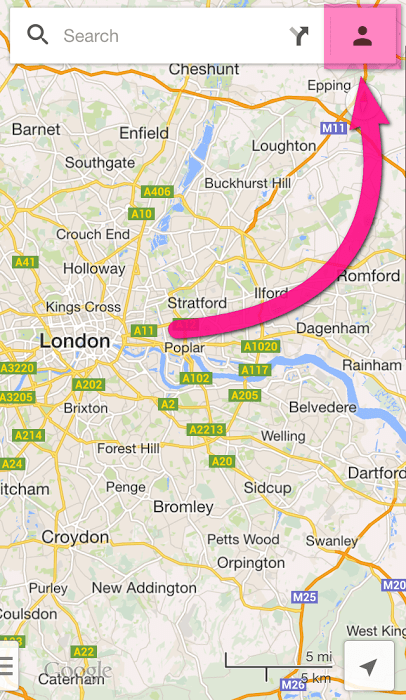 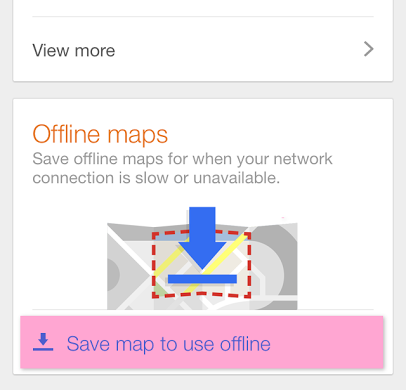 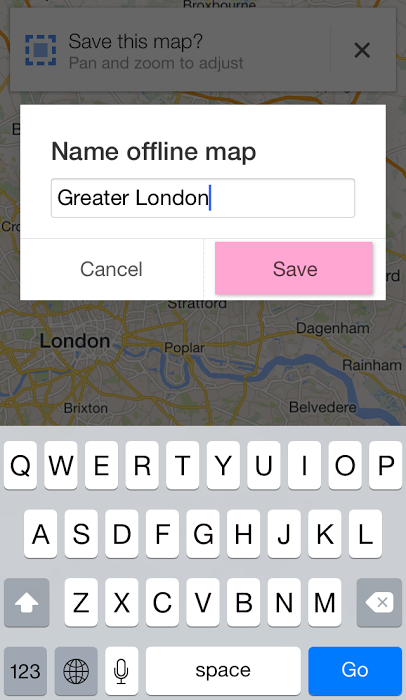 Save Google Maps offline on iPhone

Step 4: That’s it. Your saved Google maps can be found in the “Offline maps” section in the app. 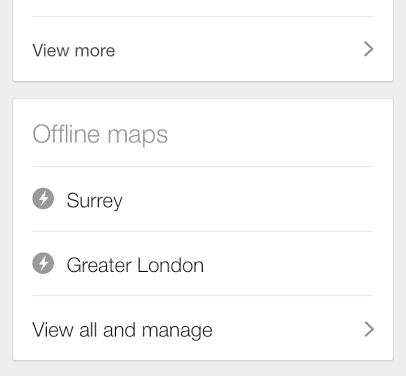 Use Google maps offline on iPhone

People using slow or older 2G connections know how annoying it is to wait for a map to load when you are in a rush. To avoid such awful moments, you may just save the map using your Wi-Fi network and get better map coverage while you are out in real. Also, if you are roaming to a different network, there will be costly charges for data roaming service. In order to avoid a deadly bill, you should use the save offline maps feature.

The Google Maps was initially available for Android and the save feature weren’t offered, either. Now it is available in both iOS and Android platforms with the save feature. If we count people hating Apple Maps, we might just run out of numbers. For them, Google Maps and its save offline maps is a blessing.

Read Also: Use 3D Touch to Get Direction from Home to Work

Summary: The offline map saving feature comes handful at many situations. Saving data cost is one sole purpose of the feature, faster commuting is another. If you don’t like waiting for Google Maps to fetch map data when you are out on the roads, better save the map beforehand.