Galaxy S4 has been announced, and comparisons were bound to be made. Now consumers have top phones to choose from, with the most attractive offerings coming from Galaxy S4, iPhone 5 and HTC One. 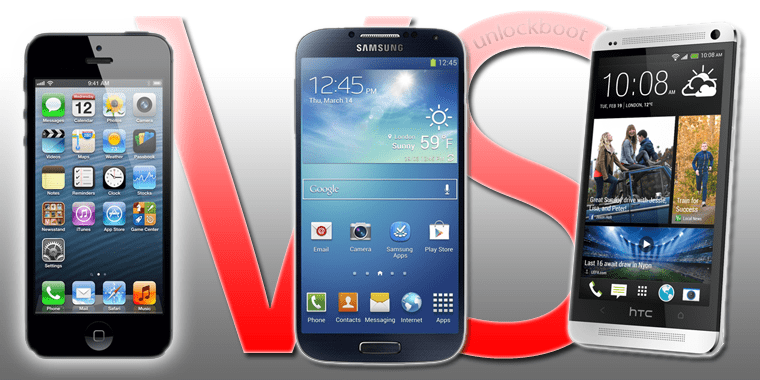 HTC One contains an aluminum body, and a lot of other features. The specs are almost similar to the ones offered by the upcoming Galaxy S4, and this handset has the potential to attract away some sales. 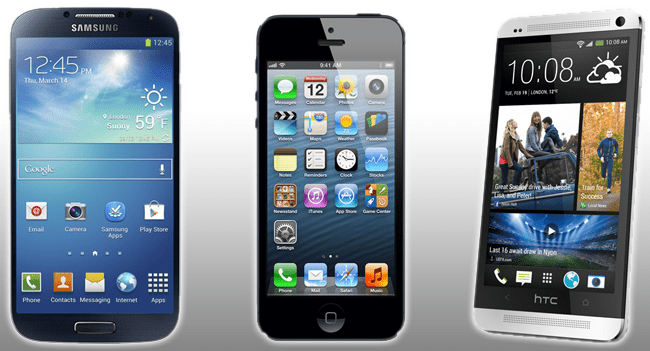 Differences between HTC One, Galaxy S4 Galaxy S3 and iPhone 5

There is only a slight difference between HTC One and Galaxy S4, and the design of S4 looks almost like S3. The Apple iPhone 5, on the other hand, is now six months old, so it’s inferior in specs. However, the iPhone 5S is coming out in September, but will it be able to surpass the two android handsets? Maybe not, as Apple will keep most features reserved for the release of iPhone 6.

The Galaxy S4 has Air Gestures, Smart Scrolling and is thinner and lighter than HTC One. It packs 2,600 mAh battery and aloha of features that makes it most attractive of all. Nevertheless, one can’t neglect the effort Apple put it when launching iPhone 5.

The two androids are yet to be released, so it would be interesting to see which of them go down well. However, it isn’t necessary to wait as iPhone 5 does offer a lot, and a lot of consumers have ended their iPhone 4S contract for an iPhone 5.

HTC One and Galaxy S4 are going to arrive in Q2. Will you be willing to way? Or are you going to go for a handset now? Which one appeals to you? Feel free to leave comments.