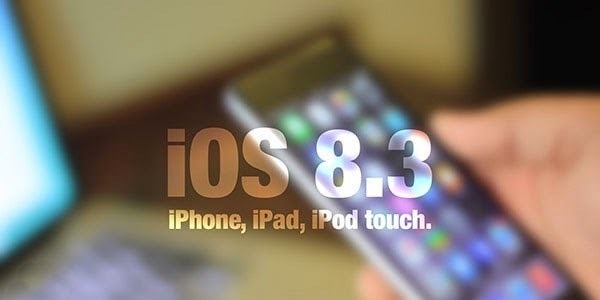 Now people with the iPhone 6, 6 Plus, 5S, 5c, 5, and 4S (devices that are supported by the iOS 8), who don’t have a developers account can download the iOS 8.3 beta 4 and see the improvements it boasts.

The ipsw links are available for all users who want to install the build 12F5047f on to their iPhone. You can obtain it without UDID even though Apple’s new firmware was seeded to registered developers.

There’s also a rumor that we might get to see a fourth beta release before Apple makes the iOS 8.3 public. If you want this build on your iPhone simply select the model of your device and then install the new beta build from iTunes. Keep in mind that when you select the Update option you need to push the ‘Alt’ key if you are using a Mac, or push the ‘Shift’ key if you are using Windows.

Also be aware that if you are using a jailbroken device you will lose the jailbreak once the build upgrade is completed! As I always say make sure you have a secure and established USB connection before going forward with the upgrade process.

Now it’s only natural that you might be worried about bugs being present in the new build, however, the iOS 8.3 beta 4 comes with some fixes. The first fix that’s noticeable is the bug in the Safari browser. The keyboard has also been lengthened in size which is a welcome change for many users, especially ones who use the bigger iPhone 6 and 6 Plus displays. The ‘Go’ button has also been made smaller. This kind of keeps the chances of unintentionally clicking the period key that’s located between the space and ‘Go’ keys to a minimum. This also means that you won’t end up typing numerous ‘dots’ when trying to get some space in between words. The ‘Freak’ security flaw has also been taken care of.

When it comes to iPhone’s there are a lot of versions that are compatible with the new iOS 8.3 beta 4 build.

The IOS 8.3 Beta 4 IPSW download links will be added soon…

You will probably have to join groups of public testers or even devs to know more about the other fixes the new build comes with, or any other news outlet for relevant news.