Surely everyone remembers the crazy conspiracy that was hatched against iPhones. The theorists constantly nagged about the most obsolete thing ever, claiming that Apple slows down their older iPhones on purpose, as soon as the new model is released. The reason? Apple wanted users to buy the new model. 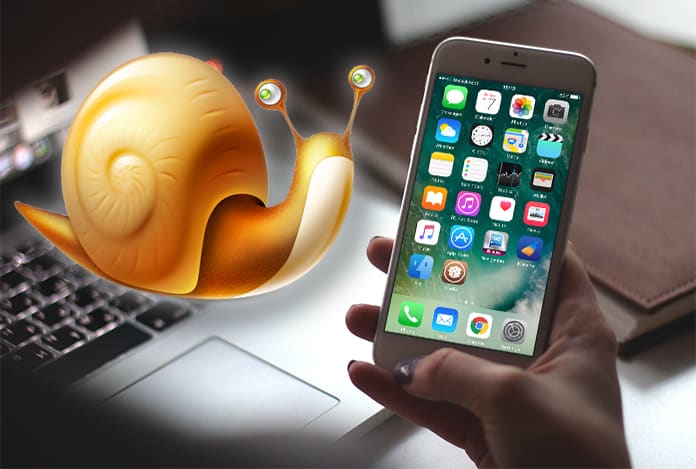 Surprisingly, Apple remained silent about this news the entire time, without any negative or positive response. Well, honestly speaking, the people were absolutely right about what they were saying, Apple was indeed slowing down the older iPhones.

After being caught red-handed, the company confessed. According to Apple, the older iPhones were being slowed down for a valid reason. The company claims that they did so in order to improve the battery life and to avoid unwanted shutdowns. Whatever the reason, this definitely made the company face more than one lawsuit against them.

However, the only way to get rid of this problem is to swap out the older batteries and install new ones. On that account and to regain some positive points, Apple has decreased the prices of their battery to around $29 for iPhone 6 and later. There are many well-known DIY stores as well, that provide the users with kits to change their batteries at home. But, the most important question that arises now is that, how you would find out whether your iPhone has become slower or not? It is very easy to find out, and here is how!

Before we tell you how the process works, you might be skeptical on how Apple really does that. Right? Shortening the details, it is an iOS function. The software has mechanisms that can easily check the state of your battery, making it slower. Once the battery goes up to the worst point, the company throttles with the phone.

Steps to Check if Apple has Slowed Down your iPhone

Ever since this story broke, people have constantly been looking for ways to fix this problem and checking whether their iPhone has been slowed down or not.

All you require is an app that can read the existing clock speed of iPhone, and we recommend Lirum Device info. The lite version of the app is free, and there’s also a full version priced at $2.99. Both work just fine.

Step 1: Download and open the application on your iPhone.

Step 2: Tap the hamburger menu icon in the top-right corner and then tap on the This Device option. 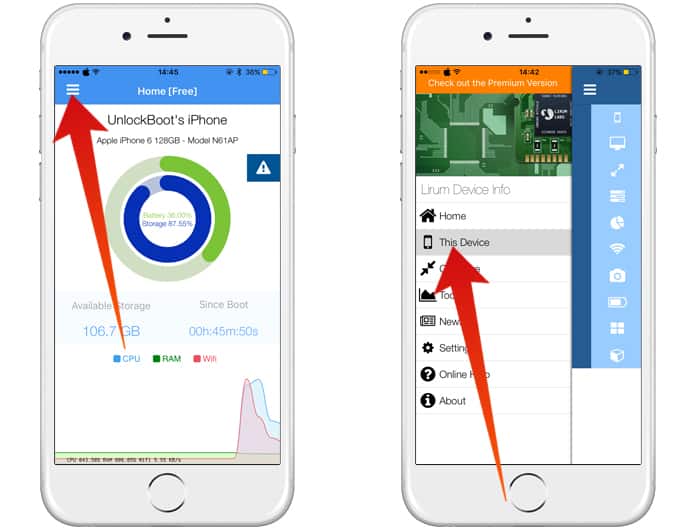 Step 3: Now tap “CPU” in the menu and scroll down to the CPU Actual Clock section. 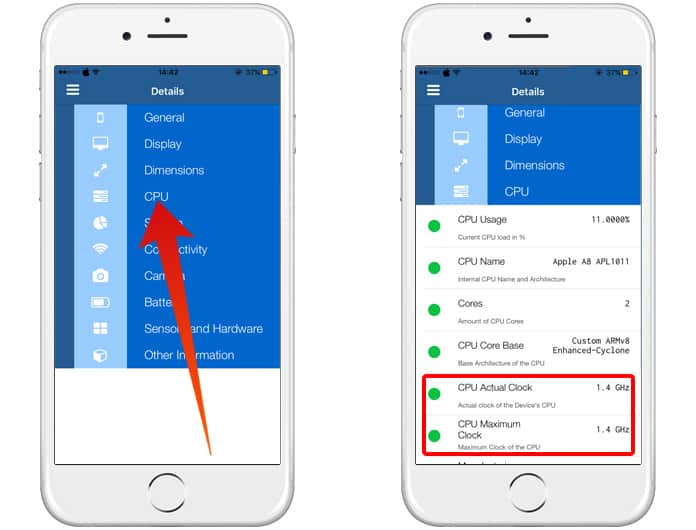 This is literally all you really need to do. Right after you tap on CPU, you will be interested in only two specific things rather than a lot of stuff. The first one will be labelled as, “CPU Actual Clock” and the second one will be labelled as “CPU Maximum Clock”. If these two numbers appear to be different, then your iPhone has definitely been messed around with by the company. Since the numbers should always be equal to or lower than the maximum. However, if they appear to be the same, your iPhone is performing at its peak.

Has Apple slowed down your iPhone? Tell us in the comments section below.