There has been leaks, rumors, design maps etc. as we gear up for the launch of the next-generation iPhone. The iPhone 5 is probably the most awaited for smartphone for this year. 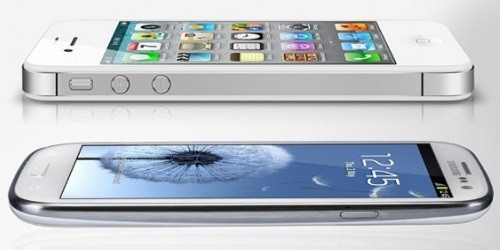 The iPhone 5 has raised up so much hype that no one is sure what will happen when it gets launched during Apple’s mega event in September. Will it stay true to all the rumors we are getting?

Or will it be something completely different? That can only be confirmed once the iPhone 5 comes out, till then lets see how the rumored design compare with that of the Samsung Galaxy S III and the iPhone 4S.

The videos show the design comparison of a very different kind of an iPhone 5(one that does not have a 4” screen) and has the headphone jacks in the same place as the current iPhone 4S. You can’t see the iPhone 5 very clearly in the video however it’s enough to give you a rough idea to what it may look like.

However, if you would like to see the iPhone 5 in all its glory you can check out the video at and this video shows the iPhone 5 just the way it has been told and seen in the rumors.

Now the Samsung Galaxy S III has been the flagship device for Samsung and over 51 million of these units have been sold. Apple is all set to break all these records with the next-generation iPhone. Sooner in the coming months you will be checking out videos comparing the real iPhone 5 and the Samsung galaxy S3, but in your opinion about which smartphone has a better design? Let us know your thoughts in the comments section below!