Anyone can now download IPSW links or OTA update for iOS 12 GM. It’s now available for iPod touch, iPad and iPhone. After loads of external and internal testing, iOS 12 GM (Golden Master) is finally here. We have download links for all supported iDevices. Both OTA update and iOS 12 GM IPSW files are officially available for downloading and installing. You can do it right now! 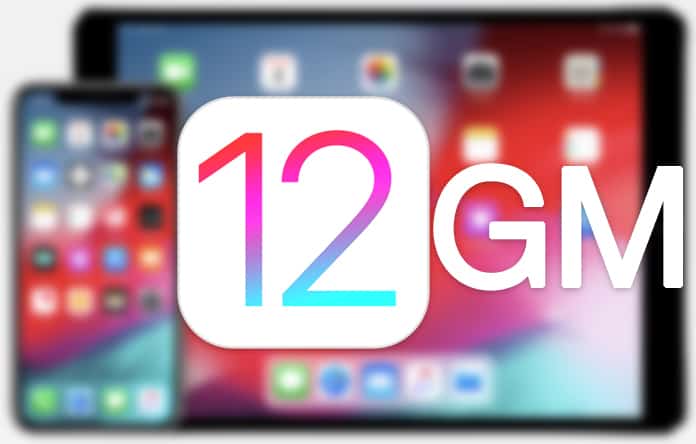 Now that the Golden Master version of iOS 12 is here, it shows that Apple is confident that the platform is ready to be enjoyed by the global iPad and iPhone-owning community.

And that means it won’t be long till the public version of iOS 12 arrives as an over-the-air-update for compatible devices. In fact, we expect that the version that will eventually be seeded live to the public as the initial iOS 12 seed will be the same as the Golden Master release.

For those unfamiliar with iOS 12, it can be imagined that Apple introduced the Golden Master iOS 12 version because that much effort has been made for the overall progression of iOS 12. The company seeded the first developer iOS 12 preview back in June on the opening of this year’s WWDC keynote.

Since then, 10 pre-released seeds of iOS 12 have been released as part of Apple’s stride towards perfection. iOS 12 will actually be the default firmware in the brand new iPhones that go on sale later this month.

iOS 12 has a range of features. It will come with new AR format that makes experiencing augmented reality a reality. You’ll also receive an AR-based app which is created on top of ARKit 2.0, an update to the default Photos app, as well as an updated Siri and SiriKit. Additionally, Apple has introduced Memoji, and a new Do Not Disturb feature. Other features include Screen Time which notify users about the time they have spent using their device.

If you were part of the testing process of iOS 12, then GM release should be available to you. Try using the OTA update method to download it. Go to “Settings”, “General” and then “Software Update”. Alternatively, go to developer.apple.com to get IPSW links or visit our downloads page.