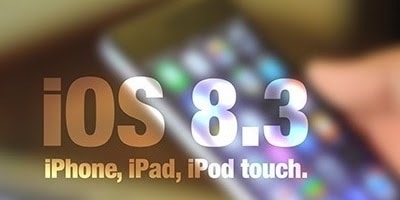 There’s good news for iPhone owners. Download links for iOS 8.3 (final version) have been released for iPad and iPhone. This post discusses the changelog in detail.

We were suspecting the OS X 10.10.3 download to feature the new Photos app, and that’s exactly what happened. However, the final release of iOS 8.3 was a total surprise.

After a long wait, the update has been released to the public, and it has a ton of new features; Apple has also incorporated performance enhancements and several bug fixes. 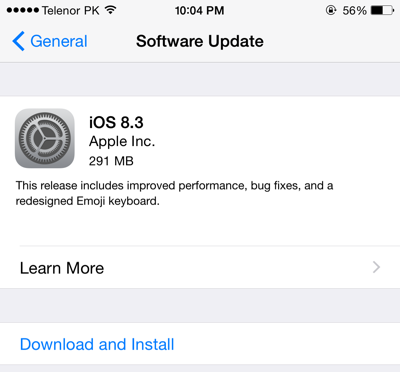 The release brings an expanded emoji system, as was already hinted in the beta releases. Now, there are 300 new icons to help users further their messages. The range of people emoji range includes a diverse offering, so if you’ve been a regular user of the minuscule image, you’ll love what Apple has done to it in the new software update.

iOS 8.2 had to suffer from a lot of bugs, so iOS 8.3 has been created to fix the founds. The full changelog, listed here, offers an insight on what’s been fixed. We found it pleasing to see that Safari and WiFi were given attention.

iOS 8.2 has sparked controversy related to battery issues, and while the changelog doesn’t talk about any remedy for that issue, we’re expecting the battery to do better with so many adjustments and tweaks.

Siri is going to support multiple new languages, including Thai, Russian, Portuguese, Dutch, Danish, and Swedish. The voice assistant continues to grow in stature and in overall importance. With the upcoming launch of the Apple Watch, and increased integration of new languages, Siri would be able to start calls on the speakerphone if the user gives off the right command.

If you don’t use Siri or emoji, you’ll see limitations feature-wise, but the ease of operation and general iOS smoothness has picked up, courtesy of big fixes.

To download the OTA for iOS 8.3 through the Software Update feature on your iPhone or iPad, update by going to Settings > General. To start fresh or update, restore our device to iOS 8.3 using the direct download links mentioned below. The update, like always, is free of charge and is compatible with iDevices running iOS 8.

As the software is new, we haven’t had a chance to try it out much, but we’ll update you soon about new developments.

Did you tried the new iOS 8.3 firmware? Share your comments below.