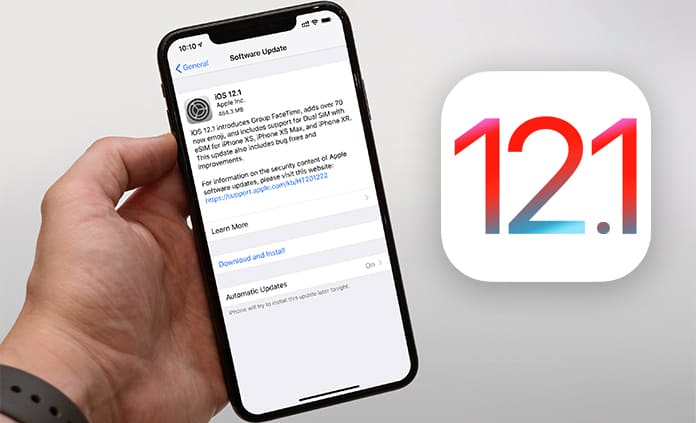 Top 6 New Features in iOS 12.1 for iPhone and iPad

Below we’ve listed the most exciting set of features that you’re most likely to enjoy.

The latest update brings with it support for the eSIM present in the 2018 models. Basically, that means you’d be able to take advantage of the dual-SIM if you own devices like XS and XS Max –  though only if the carrier you bought it from is giving support for the function.

iOS 12.1 brings back the Group FaceTime feature. It was initially removed from the iOS 12’s final release. Now it’s back, and enables video and audio chatting with 32 people. The new update also integrates the feature in group chats in Messages, making it easier than ever to begin group calls.

The Smart HDR algorithm has also been adjusted on XS Max, XR and XS handsets for mitigating skin smoothening and noise reduction. While this wasn’t really a bug, this had received a negative response from users who were using them to take selfies.

In the new update, you’ll get more than 70 new emojis, from red-haired characters and bald individuals to new superheroes, cream cheese and revised bagels.

Real-time Depth Control is now a part of the 2018 iPhones courtesy of the new update. Before, Portrait Mode on these new handsets enabled users to activate “DoF” after an image was snapped.

As always, the new iOS 12.1 also has several “under-the-hood’ bug fixes, security patches, and changes. If you didn’t download iOS 12.0.1 you should know that the bug behind the Changegate and the WiFi issue has now been fixed in iOS 12.1.

You can download iOS 12.1 IPWS for your compatible device by visiting our downloads page.

Now iOS 12.1 can be downloaded also as an OTA (over-the-air) update for supported devices. Download it by heading over to the Settings menu of your device, clicking “General > Software Update”. Do let us know your thoughts when you’re done trying it out.