Converting videos has become more a hobby in recent times. Years ago, people used to do it once in a while; today it’s almost done on a daily basis. However, with a variety of quality settings, aspect rations, and formats, transcoding is a big necessity. For the purpose, several tools are available, but we’ve decided to decide this post to MacX Video Converter Pro. 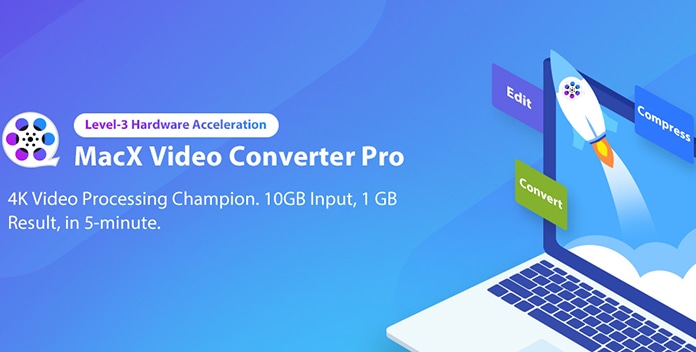 As the name suggests, the app is central to the Mac. It has replicated the aluminum appearance that you may have seen in several other Mac applications as well as the apps developed using developer tools of Apple. It’s installed in the same manner as other apps – the .dmg needs to be unpacked and placed inside the Applications folder.

Once it starts, you’ll be asked to either buy the full version or test the MacX Video Converter app.

According to our research and testing, it’s the best video 4K processing tool for editing videos, downloading YouTube files on Mac, converting 4K videos, and compressing video size. It’s one of the first programs (perhaps the only one) that applies level-3 hardware acceleration.

The evolution of 4K is incredible, but it doesn’t come without challenges. For instance, it’s a hassle to download 4K files as they’re so large. A one-minute 4K video made with iPhone is 350MB large. An hour-long 4K video at H.264 would take 5GB space on an iDevice, which is a hassle if your device’s storage space is just 64 GB to begin with. 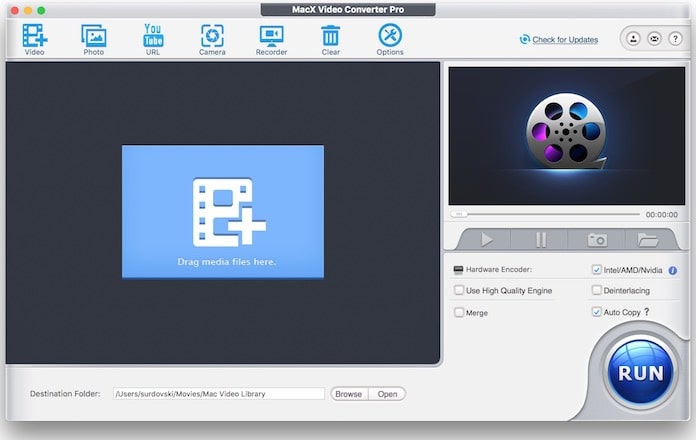 Also, because iPad and iPhone are quite restrictive in the file formats that can be run on their OS, you might not be able to play the 4K video and HD video files that you download from the web. Also, what happens if you want to get a 4K video and perform 4K playback on a device that doesn’t support 4K, or get an HD video and optimize it to play in 4k? Disappointment!

Fortunately, there’s a 4K converter for transcoding, compressing and converting videos, and it plays at one resolution by downloading or upscaling files, or converting videos from a format that isn’t supported by an iPhone into the one that is. While you’ll find a plethora of Mac converters on the web, most are slow, complicated, and unreliable. Also, only a few can accommodate 4K video.

Only the best of them like the MacX Video Converter Pro are capable of handling 4K videos. This software was already highly recorded for compressing, transcoding and resizing HD video; now it can work to convert 4K videos with H.265 HEVC codec as well.

That’s awesome news for people who’ve been having a difficult time converting 4K video on iPhone or iPad. To begin, 4K video can be converted from the previous H.264 MP4 format to the H.265 HEVC format, which retains visual-quality and resolution but reduces the size of the MP4 file.

In the tests, we conducted a 3-minute video in 4K (trailer) was reduced from 240.3MB to 57.8MB in size. That is a sharp enough video to leverage the iPhone X’s full resolution or work on the iPad Pro 12.9 inch, but with only a fraction of the original size of the file.

Mac Video Converter Pro is really fast, as well, leveraging the QSV hardware acceleration of Intel that is present in Mac’s Core i7 and i5 processors, while also utilizing Intel Hyper-Threading technology along with four-core and dual-core processors.

Not to forget, the latest auto-copy mode is capable of reformatting video without modifying the underlying codec even quicker. In layman terms, MacX Video Converter Pro performs 5 times better than its alternatives.

There’s more. The software also features editing tools that enable you to crop your video to, for instance, eliminate borders of letterbox from beneath and above the frame, or eliminate ex-recap sequences or credits out of a video. It also works well to convert 1080 pixel videos into high-quality 4K or 2K video, optimizing and upscaling video that looks good on Ultra High Definition screen.

Also, it is capable of downloading 4K videos from streaming sites like YouTube, so users can download, convert and compress videos with just a single tool.

The Most Ideal Way to Compress & Convert 4K video

Powerful tools like these can be challenging to use, but the case is different with MacX Video Converter Pro. In fact, it just requires a few steps to compress and convert video. Do the following:

1. Open MacX Video Converter Pro and click “Video+ on the top left. Then choose the video you want to convert and click on ‘Open.’ 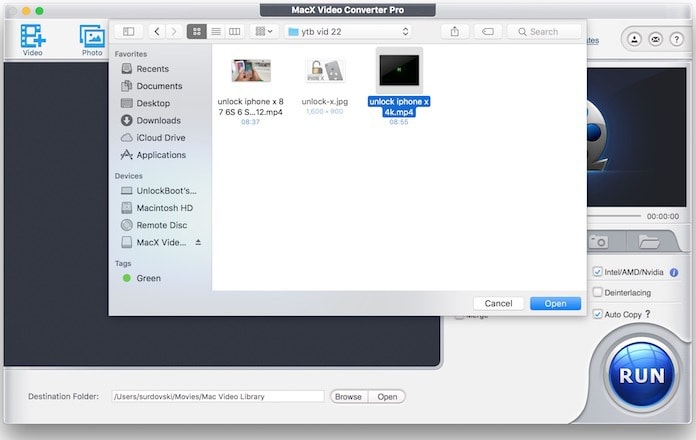 2. You’ll then be prompted to select an Output Profile. There are several pre-made profiles, and most of them cover all available models of all devices, not to mention general-purpose devices including several Android tablets and Windows PCs are also included. We recommend choosing H.265 HEVC profile – the new 4K standard – and clicking Done. 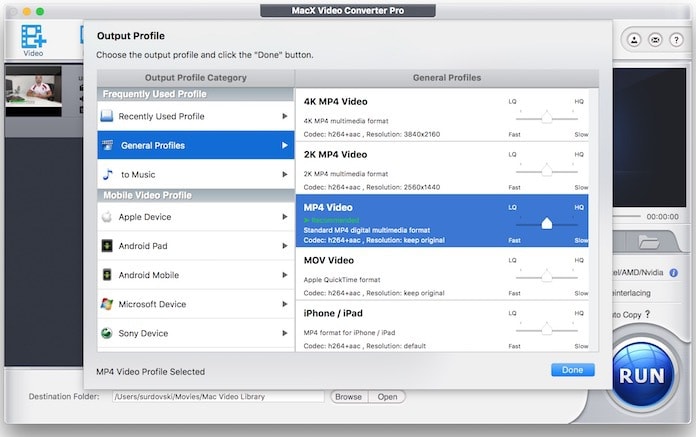 3. You’ll see your chosen video on the left-hand panel in the list, with settings for quality at the right. You can click the “Video+” button again and choose an additional file to cue up more than a single video. The Hardware Encoder box at the right-hand side should be checked to utilize hardware acceleration, and the Deinterlacing and High Quality Engine options should be checked for optimizing image quality, though speed will be impacted a bit. Click “Run” to begin the conversion process.

Smaller videos make it more convenient to expand storage, upload quicker on the internet and share on social media. We think MacX Video Converter Pro is the ideal solution for compressing big videos regardless of the original file being in HD, standard, or 4K solution while it preserves image quality. It usually retails for $59.95, but you have the opportunity to grab a free copy by participating in a survey by clicking this link.

The Power of Level-3 Hardware Tech

Why level-3 hardware acceleration makes MacX Video Converter Pro the quickest out there? In terms of computing language, hardware acceleration involves utilizing the hardware of the computer to perform a few functions more efficiently than possible when the software is running on a CPU that’s general purpose.

MacX Video Converter Pro is the best software for Mac OS, an all-in-one solution that functions as an online video downloader, video editor, slideshow maker and HD video converter. It helps in not only converting HD/SD/4K videos to AVI, MPEG, FLV, MP4, WMV, MKW, MOV, MP3, etc. for playback on Android, iPhone, QuickTime, etc. editing using iMovie, but also for downloading from 300+ websites, editing videos and recording screen, offering you total control over the videos downloaded from the web or HD camcorder at 16x quicker speed (courtesy of Intel QSV tech) than before with highest quality video.