Today memes are widely used over the internet. Millions of social media users are creating memes to entertain people. Memes are used on almost every social media platform, and there are many reasons behind this. First of all, memes are easily generated, and you don’t have to spend time on them. Secondly, memes are amazing as they provide a quick fun with a complete picture story. Additionally, several memes can be created from just one picture. It means you can create a lot of memes easily. In this article, we will show you how to make a meme on iPhone or iPad. 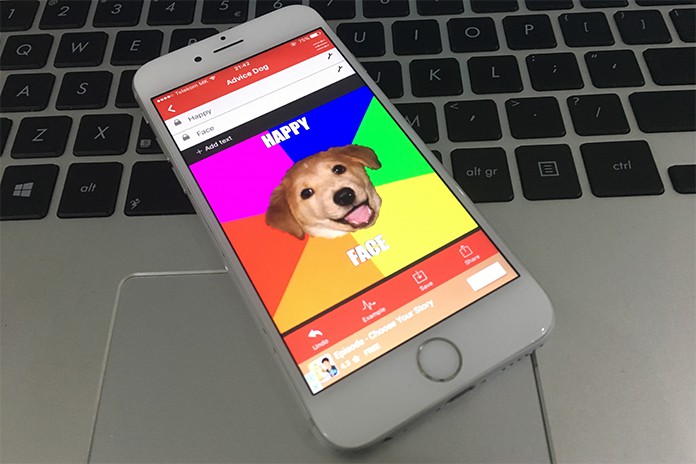 All you need is taking the right photo with a creative idea. As mentioned above, millions of social media users are creating and posting memes every day. Several new people are taking part in the world of memes to entertain others with their name. If you are one of those people who want to create and post their own memes on social media, we can help you in this field.

How to Make a Meme on iPhone

Mostly, when people come to memes for the first time, they don’t even know what a meme is and how to create it. Well, we will tell you easy methods of doing this job. Initially, you will have to know what a meme is. Basically, a meme is a picture which has smartly chosen captions according to the photo. This type of photo or meme tells a complete story with just a single picture.

Now we come to the point i.e. How to make a meme on your own iPhone? There are various methods of creating memes, and they can differ from making on the PC to making on iPhone. You can easily make memes if you know photo editing. Different photo editing tools are available on the internet that can be used to edit photos and make memes from them. On the other hand, some applications and software tools will help you making memes. After the popularity and massive usage of memes, different mobile and computer developers started making meme generators that can quickly create memes.

Unlike making memes on the computer, you can quickly make memes on your iPhone using an app. Although there are many apps for PC to make memes, yet most of the people use photo editing software tools to make memes. This cannot be done on your iPhone. So you can do this job by installing an app from App Store. A lot of meme creating generators are available on the App Store, and you can easily download them.

Step 1: Go to search bar and search meme generator or makers and install an app that suits you. On the other hand, if you can’t find an app that you like, you can use this link to install the app on your device – Meme Generator. 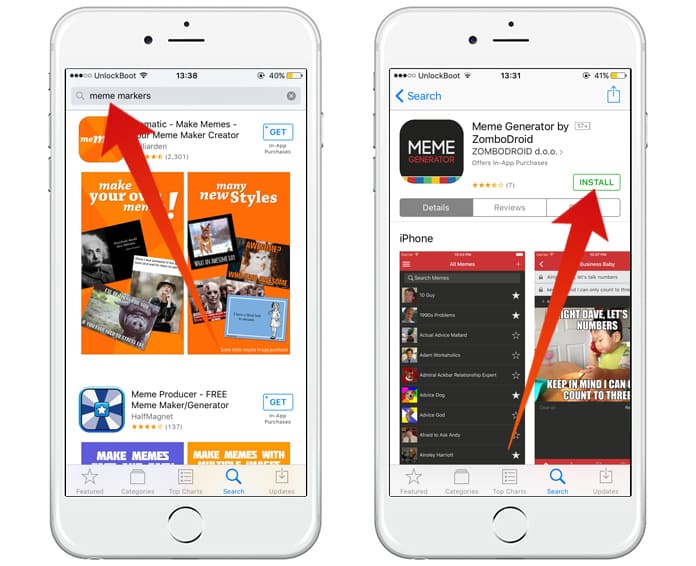 Step 2: Install the app on your iPhone or iPad to start making your own memes.

Step 3: Just launch the app, import a photo and make a meme from it. 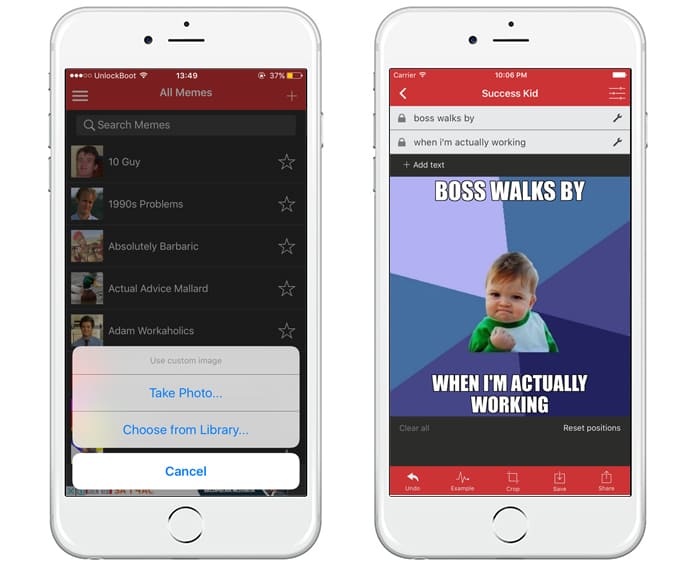 Step 4: After opening the picture, you will see two bars on it including one on the top and one on the bottom. You can tap these bars to add captions. You can also add some effects and filters to make it better.

You are all done. Now you know how to make a meme on your iPhone. If you have any problems write them in the comment section below.