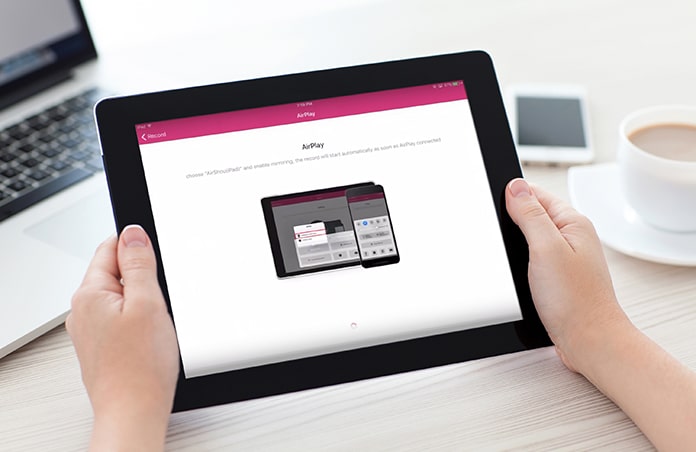 Thus, recording iPad screen could led the app (who’s controlling it) to record your account info such as passwords, personal info and any information that is added on your iDevice.  But this scenario happening is very unlikely due to the immense security precautions taken by Apple which eliminates any malware attack.

Now, if you don’t want to use a PC, Mac or jailbreak your iPad in order to record iPad screen then the best option is to use the App called AirShou powered by Shou.TV, it will directly record iPad screen. If you want to download this app, you need to know that it cannot be downloaded from the App store, that’s why you need to sideload the app.

Note: AirShou works with the iOS 9 and greater.

1. Install the AirShou App for iPad

Step 1: You need to go to the site iEmulators.net/AirShou from your iPad, iPhone or iPod and then download the AirShou app. Then install it, but if you face any problem while downloading the app from iEmulators, get the AirShou IPA file from our downloads page and use Cydia Impactor to sideload it. 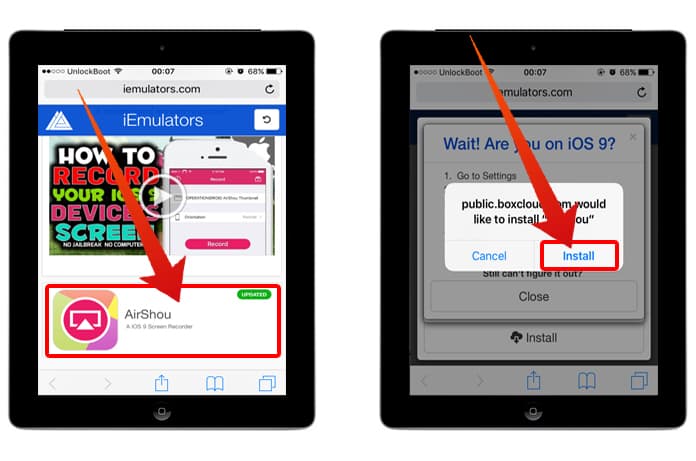 A pop window will prompt you to confirm installation, so confirm it.

As you know that this app is not on the app store therefore you might get a message ‘Untrusted Enterprise Developer’ when you access the app. In order to fix this and trust the app you need to do the following: 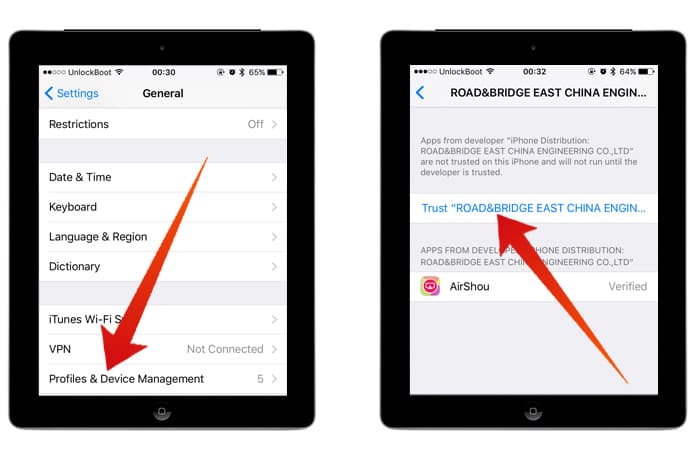 Open the Settings App -> General -> Profiles & Device Management, from there choose the AirShou profile from the list and select the Trust icon.

3. Record the Screen on your iPad, Play & Save

Begin record iPad screen by opening the AirShou app, log in or create a new account. After logging in, you need to select the record option from the Menu. Then it will prompt you to enter a name for your recording and then choose an ideal orientation. 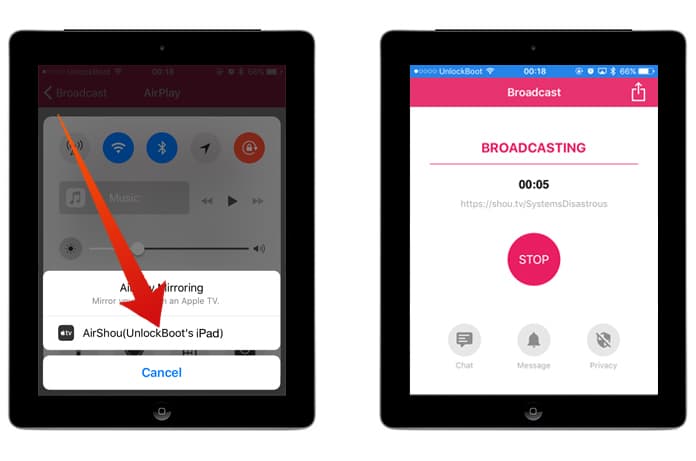 When record iPad screen, make sure you have selected your iPad from the AirPlay list which can be accessed from the Control Center. Additionally, ensure that the mirroring option is toggled on.

You can view the recordings on different app just tap on Open In and then select the preferred app. Also, you can share the recording through the Email or AirDrop and they can also be saved on the Camera Roll.

AirShou is a simple to use app that work phenomenally to make tutorial videos.