There’s no denying that Cydia has a plethora of jailbreak tweaks for iOS 7, but there are only a few repositories available by default.This means you have to search for favorite jailbreak apps, and also add repo on your own to get access to offerings. 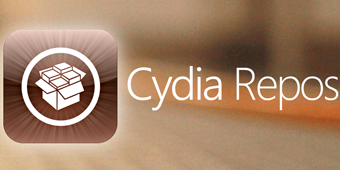 However, to make the process easy for you, we compiled a new list of best iOS 7 repos that should be on your jailbroken iPhone in 2014.

How to Add Repo in Cydia:

For those for you who are unaware of how to add a new repo in Cydia, its simple: 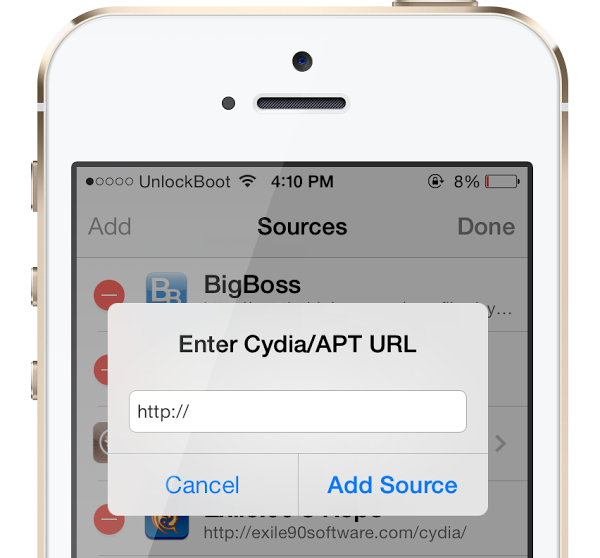 Below are our top 10 cydia repo sources for your jailbroken devices running iOS 7 firmware.

BiteSMS is one of the favorite jailbreak apps of all times, as it reimagines the native messages app and adds loads of features. Some of them include customization of the UI, quick compose and reply and so on, making us wonder when Apple would take action. 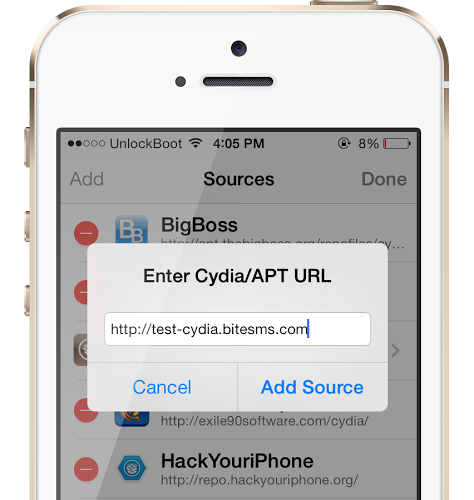 There is a beta repo from the BiteSMS team and the URL is: http://test-cydia.bitesms.com

Ryan petrich is a very famous name and he has some great tweaks to his suite such as Activator, Overboard and DisplayRecorder. 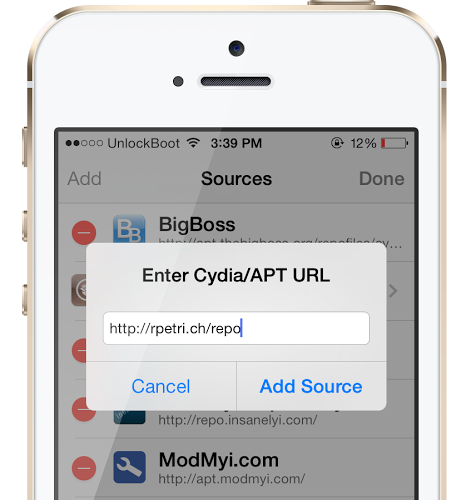 His repo is pretty famous and your Cydia app can’t do without it: http://reptri.ch/repo 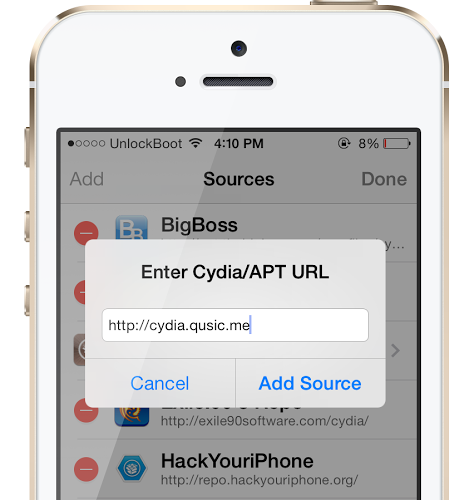 If you are not looking for a revamp as big as BiteSMS, then the ideal solution would be something that allows you to make subtle changes for a good experience. Couria is one of the tweaks that brings quick compose and reply functionality to stock Messages app.

It also has a beta repo: http://cydia.qusic.me

Bugs and issues can result after a evasi0n 7 jailbreak, and that can disrupt the enjoyment we get from tweaks. For example, after jailbreaking iOS 7, some users were saying that the status bar was behaving abnormally, but this issue was solved because of StatusBarFix2. 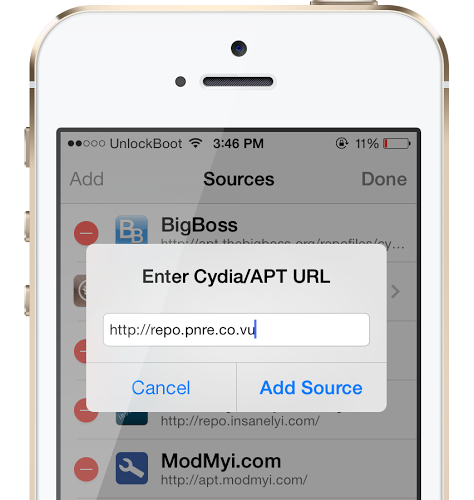 You can grab the repo from here: http://repo.pnre.co.vu

This repo as the name suggests can be used to remove bloatware from your device, making way for useful apps, music, media etc. Make your iPhone organized with this offering. 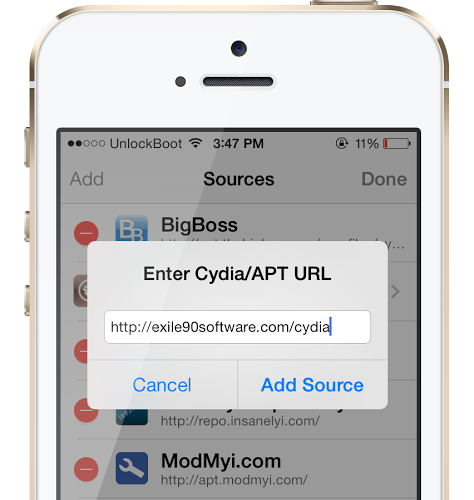 This repo will introduce you to command-line tools and though you can avoid it if you don’t know about commands or are new to jailbreaking, the repo gets frequently updated and is ideal for advanced users. 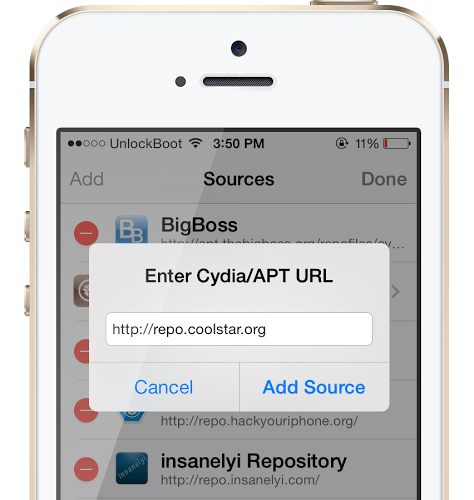 This team has a repo called RepoXBMC, which is great as an open-source media player app. It used to be a favorite among Apple TV users. After the release of iOS 7, XBMC was releasd for iOS, so useful for media viewing. 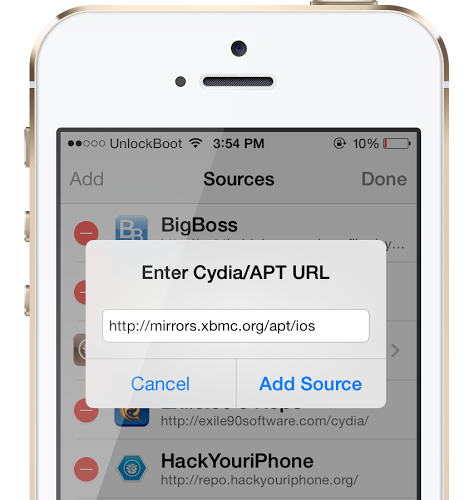 This repo is all about sprucing up the style of the jailbreak tweaks that you install Effects such as Tap to Unlock and ScreenFade can be added when you get it on your phone. 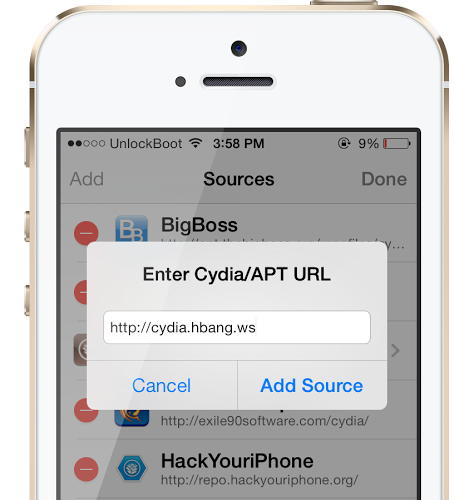 It’s available at the repo: http://cydia.hbang.ws

This is the repo for those of you who dig emulators etc. As the Apple store is adding remakes of old favorites now and then, this is the repo that should be on your phone. 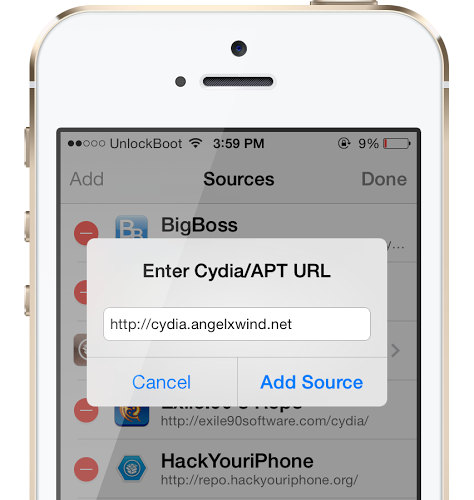 Grab it from the source: http://cydia.angelxwind.net

If you want to make subtle improvements on your iOS software, then this repo will be useful. Some of the tweaks available inside include iOS 7 Adrenaline, Siri old Voice for iOS 7 and lightning cable enhancer. 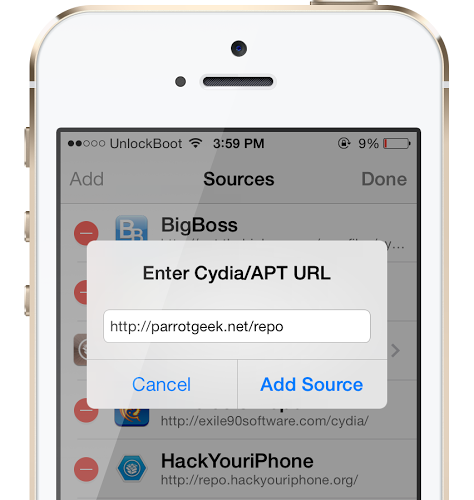 Repo can be installed from: http://parrotgeek.net/repo

That’s it for the 10 best iOS 7 Cydia repos for 2014. Enjoy customization and functionality at the same time… and feel free to share your thoughts.