The whole iOS universe waits for the public release of iOS 7.1; meanwhile Apple has released iOS 7.0.6 to the public few hours ago. It has only been a month since Apple seeded iOS 7.0.5 firmware, which also introduced a lot of bug fixes for new iPhone models. 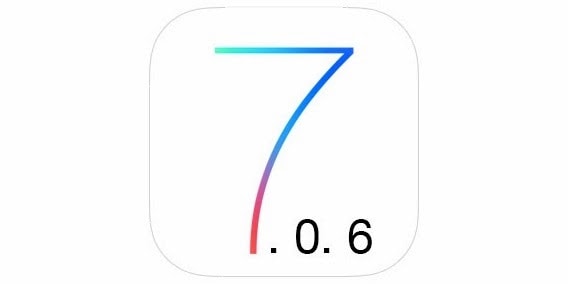 As of now, the iOS 7.0.6 is accompanied by the build 11b651 and contains an SSL connection verification fix. 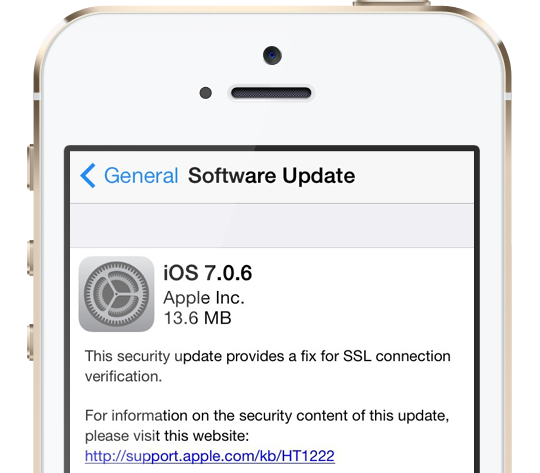 iOS 7.0.6 addresses the following issues pertaining to security according to support document:

At this point, we can’t say whether it is safe to update to this firmware for jailbreakers, so we recommended staying away until there is any sort of confirmation. We expect an update on the status from the jailbreak community very soon. 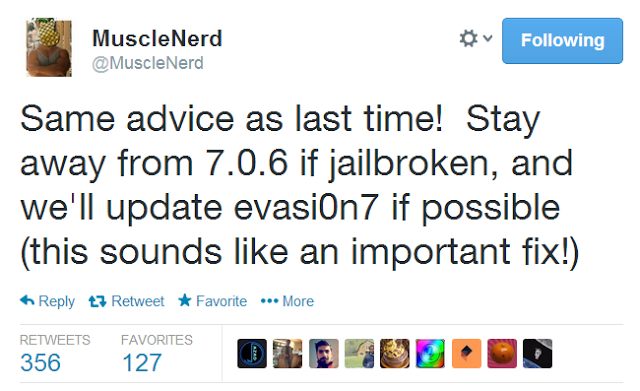 Evad3rs MuscleNerd says that it is best not to upgrade at the moment, but the team will try to release a new evasi0n7 jailbreak tool as the security update looks to be a big one.

The iOS 6.1.6, on the other hand, is accompanied by the build 10b500. The latter is only for iPhone 3GS and iPod Touch 4G. The updates can be made through connecting your device to iTunes, through Settings –> General –> Software Update or simply over the air.

If you do update to iOS 7.0.6, let us know any changes or improvements you experience in the comments section.