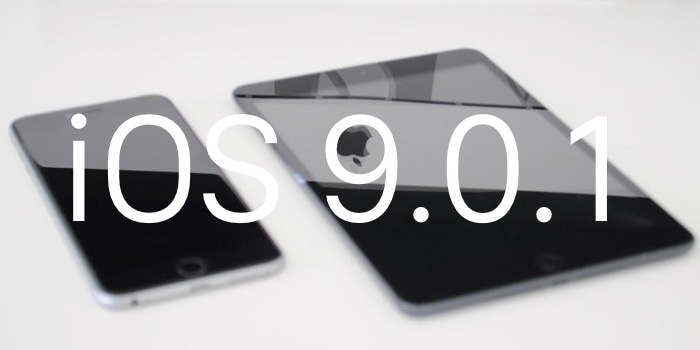 Just a week after the official release of the iOS 9, Apple released a cumulative update iOS 9.0.1. This update solved problems for some standard applications, restored the VPN-services and alarms.

One of the main changes in the iOS 9.0.1 is the fixed Setup Assistant witch was reported as problem from a lot of iOS 9 users. The update also include other bug fixes. 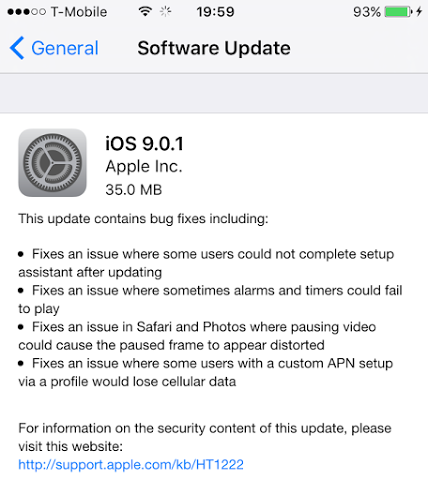 You can read more about this update here.

There are two options if you want to install iOS 9.0.1 firmware.

You can download the iOS 9.0.1 IPSW file for your iPhone, iPad or iPod touch from our downloads page.

What do you think about iOS 9.0.1? Tell us in the comments below.