Some people wish to use Snapchat on their iPads instead of an iPhone but there is no Snapchat app for iPad available yet. Though a lot of third party apps claim to let you use Snapchat but people are becoming more and more skeptical about giving access to their social media information to a third party app. Here you will learn how to download Snapchat for iPad easily and use its features. 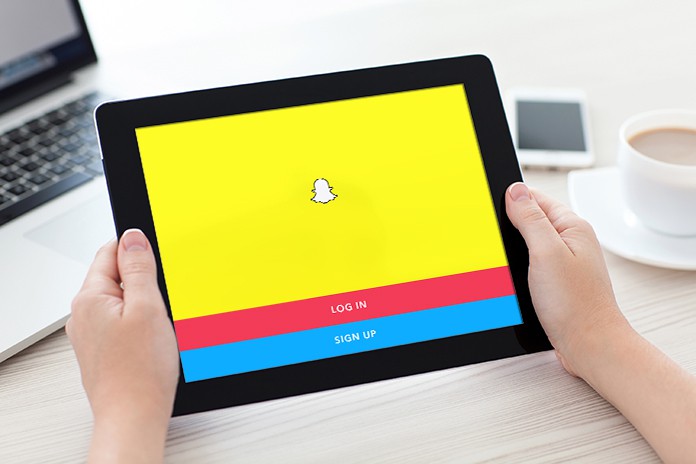 When you’re using your iPad, checking out all social media feeds and surfing the web on the iPad you don’t want to check the smartphone every now and then just to see the updates on Snapchat. Listed below are some tricks that will solve this issue and let you download Snapchat for iPad but with a few disadvantages that will also be highlighted.

Features of Snapchat for iPad

The devices and OS compatible with these tricks to use Snapchat for iPad are:

Now that you know using Snapchat on iPad you can still have access to all the features you love, you might still be thinking why is there a need to use Snapchat on an iPad since it is a messaging app made for an iPhone.

There are lots of advantages for using the Snapchat on an iPad:

Using the tricks that will follow you will be able to download Snapchat for iPad but you’ll notice a smaller resolution and possibly a small and pixelated screen. That is because the app you’ll use on an iPad will be the one actually tailor made for an iPhone.

Get Snapchat for iPad

As mentioned earlier, the Snapchat is not available for iPad and there are always workarounds to use it on an iPad but you can’t rely on this kind of tips and tricks to work forever. If you really feel that there should be a Snapchat app for iPad, the best thing to do is to notify the developers of the app and tell them why you feel there’s a need for an iPad compatible version. 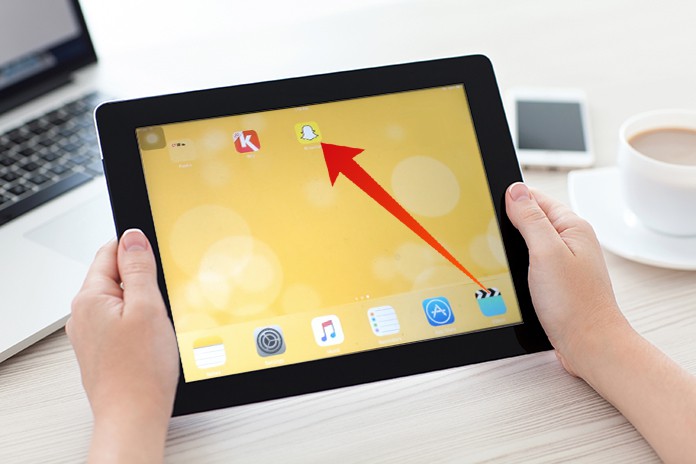 If thousands of people go about telling the company that they need an app for iPad the developers would most probably listen and try and cater to the demand as soon as possible. All we need to do is show them that there is a high demand for an iPad compatible app. The same happened with WhatsApp and Viber, a voice over internet client, which had been a phone-only app for a long time but since people made it clear they want Viber for iPad, the company has just rolled out an iPad version. The tech companies have no choice but to listen to consumer demand since their lifespan is based on how well they can adapt to the current needs. So go to the Snapchat request page and let them know why they should create an iPad version for Snapchat.

To download Snapchat for iPad make sure you have an Apple App Store account with a credit card connected to it, however, no money would be charged. If you own an iPad with a full retina display, you may notice that the app size is too small for your device. Tap the 2x at the bottom right of the display which will make each pixel two times bigger and resultantly the app size will increase but the screen resolution will deteriorate. You can choose whether you want a bigger size or better resolution.

If you’ve Snapchat installed on your iPhone you can use that to sync the app to your iPad.

Step 2: Click on the Purchased button at the bottom which will display all the apps you have download from the App store.

Step 3: Tap at the top right where it says iPad apps and select iPhone apps. The screen will now show all the apps you’ve downloaded to your iPhone. 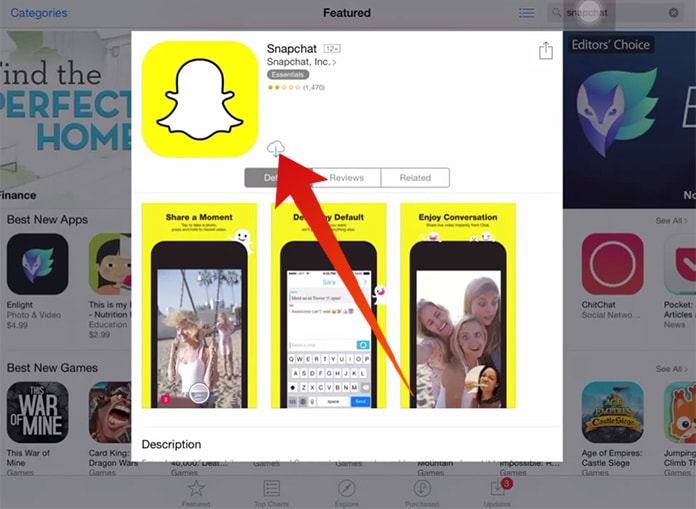 Step 4: Find Snapchat from the list, tap on download and you’re now ready to start using the app.

If you’ve never downloaded Snapchat to your iPhone follow these steps to download Snapchat on iPad from App Store:

Step 1: Open the App Store on iPad and make sure you’re signed in.

Step 2: Tap on the Featured button at the bottom before doing a search.

Step 4: For Snapchat to show up in results you will have to change iPad Only to iPhone Only from the top left on your screen. 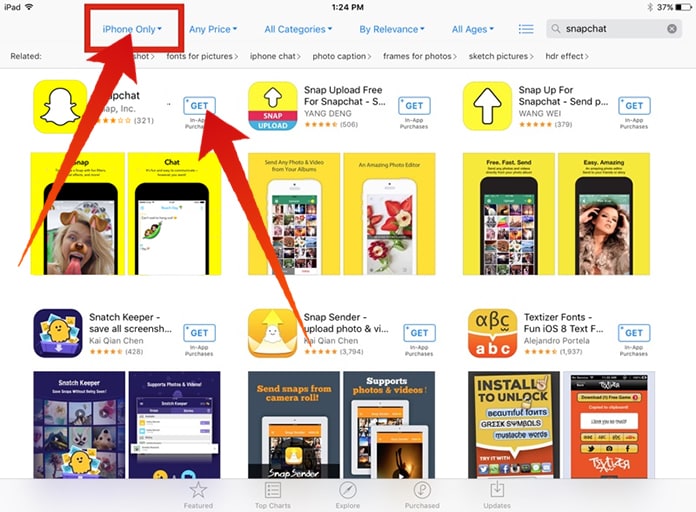 Step 5: You should now see Snapchat, tap on the download button in order to get Snapchat for iPad.

Will Snapchat ever come on iPad?

Unlike other iPhone only apps which are owned by small companies, Snapchat is now valued at $30 billion. They are constantly bringing in investors that are investing millions of dollars in the company and what they want at the end of the day is Return on Investment. Once Snapchat has updated its current software as much as it can, it is highly likely that it will consider expanding to other platforms. Moreover, investors may also push Snapchat to introduce an iPad version of the app as it will increase the number of consumers meaning a chance of getting more revenue with every added user.

Want to Spy On Someone’ Snapchat? Here Are 3 Free Tricks