Operating an iPad is the easiest when it comes to tablet PCs, and also the functionality on an iPad is quite a top notch. This is the reason why iPad is the most popular tablet PC in the world despite being so expensive. However, an unattended iPad could die on you for no apparent reason – the user would press the power button on an iPad to wake it up and find it dead. 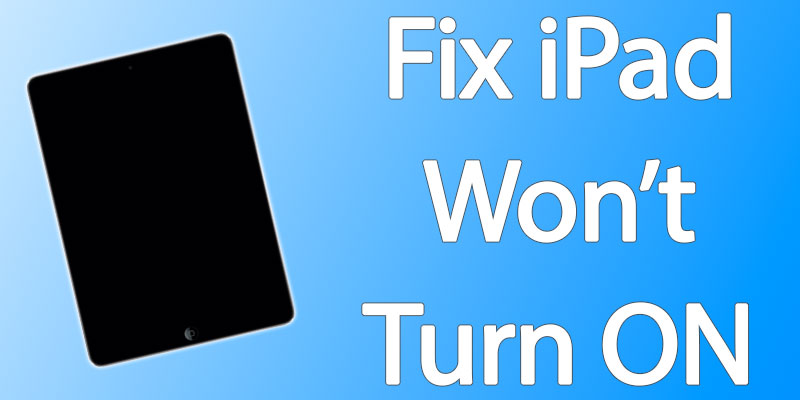 There’s a lot of reasons an iPad’s display could remain black, and that does not necessarily mean it’s completely dead. Before you assume your seemingly-dead iPad to be actually dead, you should try some troubleshooting on the device by yourself.

How to Fix an iPad That Won’t Turn On

Before you take your iPad to an Apple authorized service center which is most likely to cost you some money, you should try the common tricks by yourself first.

#1: Is your iPad Actually Turned Off?

A black or dead display does not necessarily mean the iPad is actually turned off. Maybe the software has frozen when the display off and now the display won’t turn back on because the OS is not registering any button press. Thus, the first thing an iPad user should do in such cases is turning the iPad off. It’s actually quite easy, press and keep the power button held down until the screen shows the Apple boot up logo. 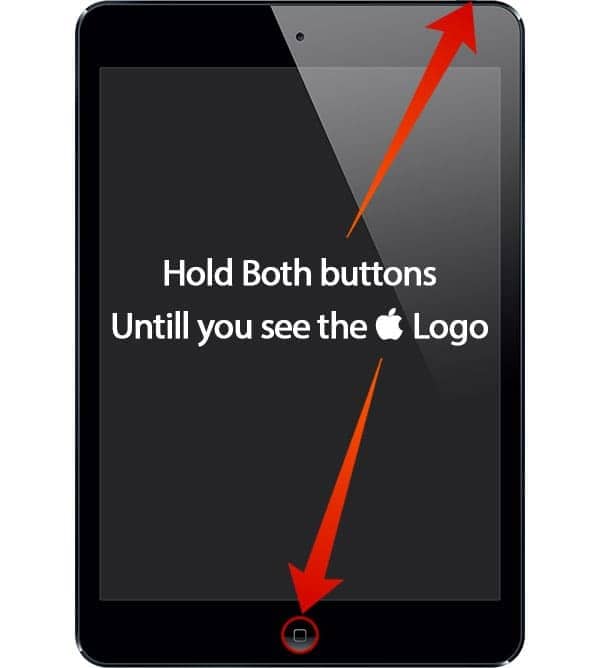 Resetting an iPad is almost similar to turning an iPad off from a frozen state, but there’s some difference. An iPad might just freeze due to running faulty apps or some process that couldn’t be completed successfully, thus it would need a hard reboot. Press and hold down the home button and the power button together and keep it held until an Apple logo appears on the screen.

#3: How is the battery status?

Maybe you have left your iPad for a long time without charging its battery, and now the tablet is dead. A completely empty battery could render an iPad useless. There could be no power left in the battery cells to even power up the red ‘low battery’ icon on the display. If the powering down trick doesn’t work, plug in the charger to your iPad and charge it for 15 minutes at least. After a while, it should turn on as it normally would.

If all these attempts turn out to be failures, then you should reset the iPad using iTunes on your computer. Connect the iPad to your PC, and click on ‘Restore’ on the iTunes window. iTunes should detect an iPad immediately but in case it does not, you need to put the iPad into DFU mode.

Is the iPad actually charging up when you connect the cable to the lightning port? Smartphone and tablet ports and the charging cables get worn out after prolonged periods of usage and might not conduct electricity to the desired levels. Check them with other Apple devices to be sure.

Conclusion: These are some common methods to get a dead iPad back to life. If there’s still no luck, you might have to visit an Apple authorized service center.