Despite the enmity between these two brands and difference in their product ecosystem, one can actually AirPlay their Mac’s display contents onto a Samsung Smart TV without much trouble. As complex as it might, the whole procedure is actually very easy and takes some basic tasks to be done on an Apple Mac computer. No third party app is required on the Macintosh because now AirPlay Mirroring can natively support a Samsung Smart TV when configured properly. Neither the Mac, nor the Samsung Smart TV need any major alteration or interjection. Read on to learn how to mirror Mac screen to Samsung TV without Apple TV. 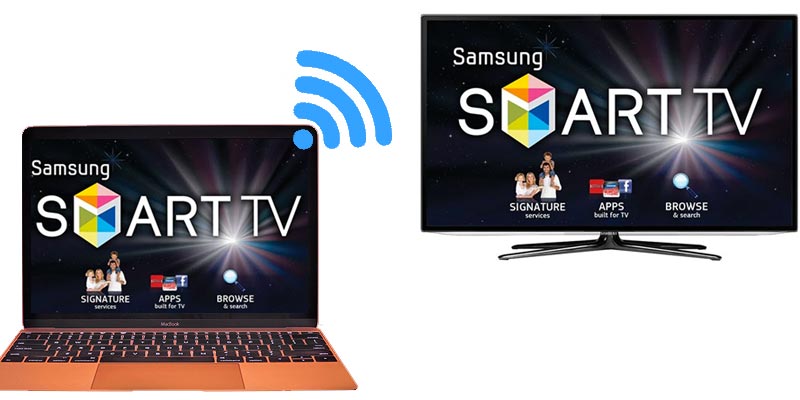 Being able to mirror an Apple computer to a regular Samsung Smart Television can be useful while briefing a large gathering on some useful topic, taking a class or presenting some keynote. There may not be a projector available but if a Samsung Smart TV is handy, Macintosh users can easily take advantage of AirPlay Mirroring.

AirPlay Mirroring – Why it’s so Useful for iDevices

At this stage, Apple AirPlay is an Apple proprietary display streaming network technology. Like DLNA, Apple has created this proprietary ecosystem which was only usable among Apple devices for a pretty long duration of time. Apple TV box was the only legible way of mirroring a Mac to a regular or smart television via HDMI connector. Not just Macintoshes, even iOS devices e.g. iPhone, iPad and iPod Touch were AirPlay enabled.

While AirPlay is in use and something is being streamed on a display, the software is smart enough to figure out what to show on screen. For example, if someone is presenting something on their Mac through AirPlay Mirroring to a Samsung Smart TV, only the content will be shown on screen. The control buttons would be omitted from the TV screen streaming, because AirPlay knows there’s no use of showing these buttons on the TV screen.

How to AirPlay Mirror Mac Screen to Samsung TV

The app is available for only $9.99 on the App Store. Download the app to easily mirror Mac screen to Samsung TV. The price tag might seem a bit on the higher ends, but if you own a Samsung Smart TV and want the capability of streaming live Mac display to the Smart TV screen then this investment is worth making. Once installed, this app scans for an active Samsung Smart TV in your connected Wi-Fi network and if one is found, the information shows up on the app’s UI. 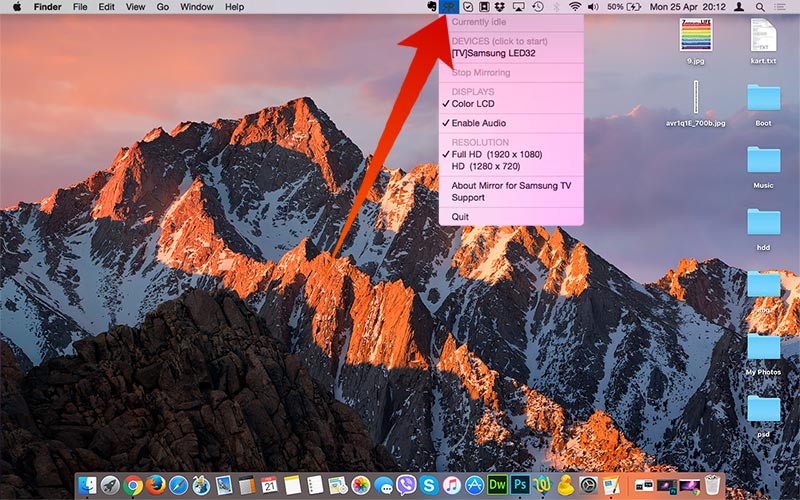 In case of multiple TVs, user can select inside the app the specific TV to stream to and whether the network is wired or wireless. The developers stated that there would be a minimal display lag of 1 to 3 ms which is acceptable, but unsuitable for online gaming.

Conclusion: To avail the features of this AirPlay mirroring app, download the app and start using on your Mac to quickly mirror Mac screen to Samsung TV. You should realize the potentials of such an app pretty soon!