We all know the benefits offered by WhatsApp, Viber, etc. These messaging apps make it convenient for us to stay in touch with family, co-workers, and peers. Without encryption, however, such apps can read our private messages, and even sell our data to governments and third-party adversaries. That’s why it’s important that you educate yourself about the best messaging apps for 2022 for iOS and Android users. 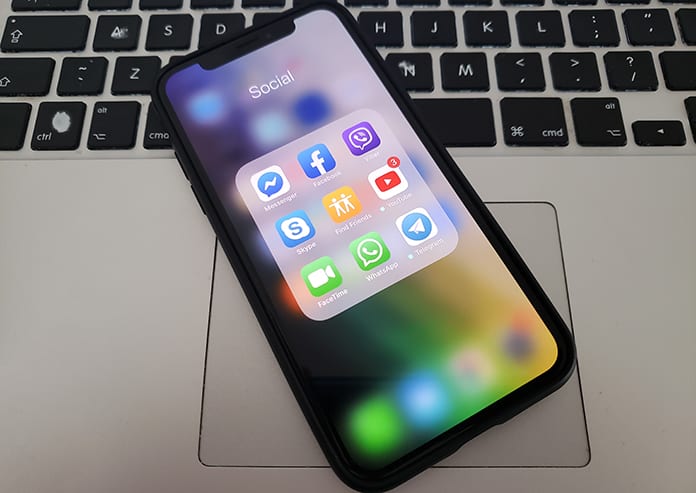 The best messaging apps take your privacy and security to heart by using end-to-end encryption. This prevents anyone (except you and the person you’re communicating with) from seeing your messages.

For those who aren’t aware, E2EE or end-to-end encryption is the technique of encrypting information that only enables the recipient and the sender of the message to view and decrypt messages sent between them.

Importantly, encryption disallows applications from storing a copy of your messages on their servers, which keeps them away from the hands of third party entities and governments.

The Most Secure Messaging Apps to Use in 2022

With a range of apps available to download, we’ve researched and compiled a list of the most secure chat messaging apps out there. Take a look!

iMessage from Apple is only available on iDevices, but it does great at enhancing the security of iOS users. In addition to offering end-to-end encryption between users of iMessage, the app lets you control the lifespan of the message and how many times the receiver can see it. However, the feature is only available to people using iOS 10 and above. 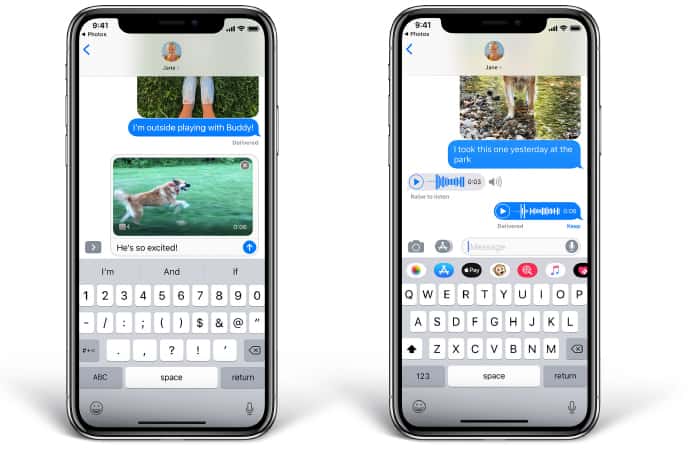 The only complain we have (in terms of security) is the availability of an option where the user can backup his/her messages to the iCloud. There, every message is encrypted, but by the keys whose control lies with Apple.

Hence, a iCloud hack could end up revealing your messages. That said, Apple’s CEO is a big fan of privacy, and its growth in the private messaging space indicates that the company will continue to offer safety to its users, provided that they don’t store their data in web-based apps like the iCloud.

WhatsApp is one of the best messaging apps since long, boasting 1.5 billion people as users who all enjoy end-to-end encryption. You can’t say the same for Instagram and Messenger. Created in 2009 by Jan Koum and Brian Acton, the messaging component of this app went on to become a big hit and attracted a $19 billion acquisition from Facebook in 2014. 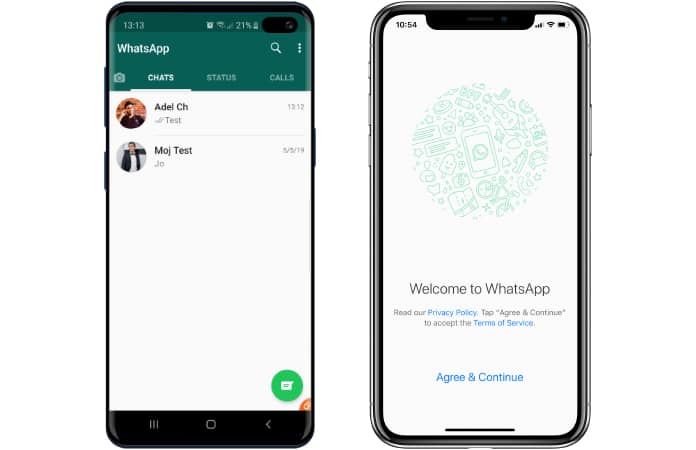 Though it has end-to-end encryption, concerns have been raised around the data harvested by Facebook. Also, the news that Facebook could be merging all of its messaging platforms has turned a few heads, given that they keep business afloat by showcasing targeted messages to their users.

Developed by security and privacy advocates in 2012, San Francisco grown Wickr was one of the first companies to embrace end-to-end encryption. After 2017, Wicker became open-source. Its messages have a default encryption in place, and everything at Wickr undergoes regular audits. The messaging app has two options: Wikcr Pro and Wickr Me.

Wicker Me is great for personal use and doesn’t cost a dime. Wickr Pro, on the other hand, is perfect for team collaboration and business communication (it requires a subscription fee). 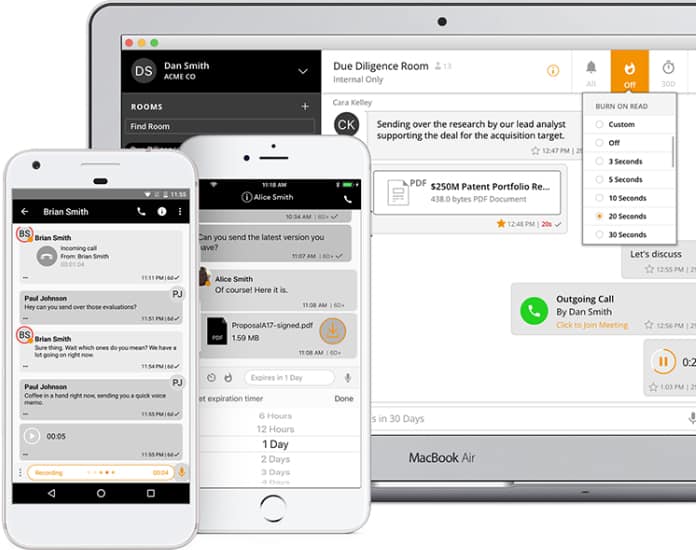 The app also has many other features that keep it secure, including blocking of third-party keyboards, making deleted things unrecoverable, and detecting screenshot attempts. And even though Wickr doesn’t have as many users as Viber and WhatsApp, it’s a great app to download.

With a 250 million+ user base, Viber is a secure alternative to Skype. Even though it hasn’t been known for security since it’s inception, Viber finally delivered end-to-end encryption at in the first quarter of 2016. Viber offers this security on all platforms – Android, iOS, Windows, Mac – and also color codes people’s chats based on how safe they are. 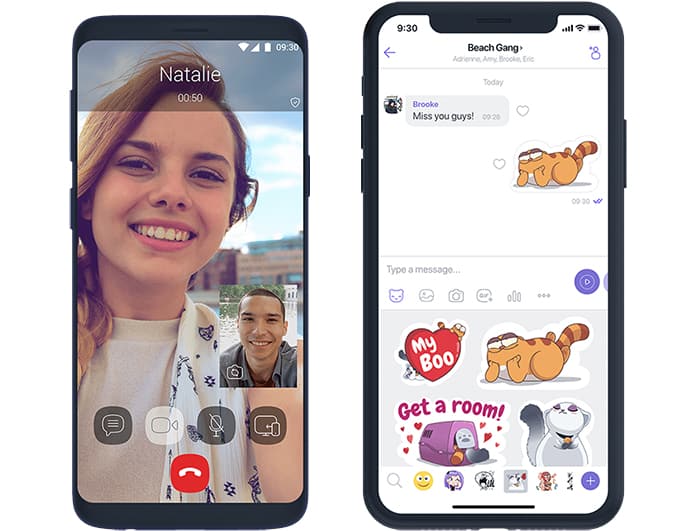 Grey color, for instance, implies that the communication is encrypted. Red indicates that there is an issue with the authentication key. Green, the last one, is the best because it indicates encrypted communication with a trustworthy contact. The only downside is that Viber supports the encryption with individual chats, and group chats don’t have the same level of security as one-to-one messaging.

Previously referred to as “Redphone,” Signal is one of the best messaging apps because of its information security capabilities. It’s not as popular as WhatsApp, but it’s getting up there. It is known to offer end-to-end encryption for all instant messaging, voice calling, and video calling with its native protocol. In fact, the “Signal protocol” is one of the safest messaging protocols out there, amalgamating thee X3DH (Extended Triple Diffie-Hellman) key agreement protocol, as well as the AES-256 encryption, Sesame and Double Ratchet algorithm for streamlining encryption across various devices. 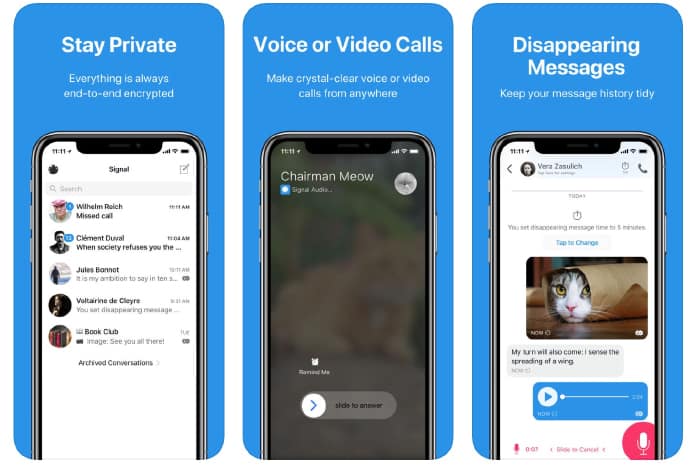 Signal’s tech is also open-source, meaning that anyone can vouch for its security and it has been adopted by other services such as Skype. For verification of private conversations, each Signal communication has a “device safety number” to verify the messages’ security and calls with certain contacts. This helps to prevent intrusions like man-in-the-middle spoofing.

If the number changes more regularly than you’d anticipate for someone reinstalling the app or switching between devices, as an example, something is fishy.

In 2016, Signal validated its security posture when it was tested and the only data it could generate was the time of the creation of the account and the recent date that a user had connected to its server.

Users of Signal can also secure the application with a password. This prevents the messages from leaking out if the device is lost or stolen. Moreover, you can set a time limit for how long you want a particular message to appear inside a chat.

The only drawback is that the user needs to share his/her number to use it. However, it doesn’t need the same device to function as it was registered with. Hence, you can even use a burner device or SIM for registration.

OTR and Jabber stand out from the rest of the apps. Actually, they’re not exactly a messaging app. They offer a decentralized, open-source platform using two protocols that are stacked on each other’s top. A variety of apps are compatible with OTR-based Jabber, including Mac’s Adium and Pidgin for Linux/Windows. 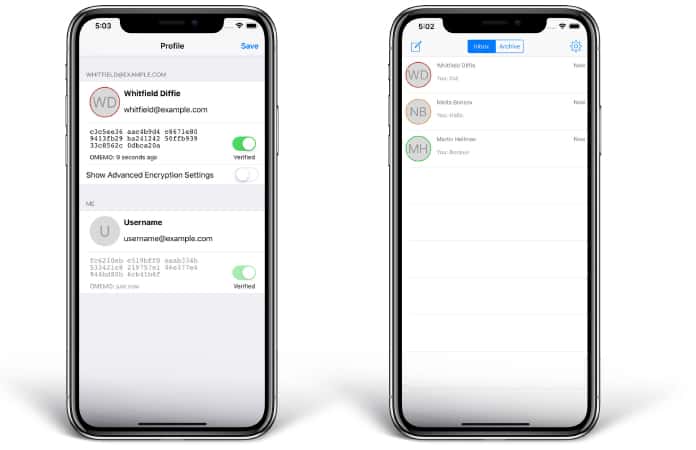 The newly released Chat Secure and Tor Messenger for mobile devices are a few more examples. Unfortunately, OTR and Jabber lack swiftness on smartphones, as the protocol requires an uninterrupted connection between two parties. Also, missing features such as the ability to attach a file can also be worrying.

With that said, if you want a protocol that keeps adversaries outside of your communications, this app is the answer. It’s also the only app that allows for anonymous messaging.

Which one is most safe best messaging app?

As you can see, there are loads of apps to choose from. In terms of features, security, and 360-degrree reach, Signal gets our vote. The second most secure app in our opinion is Jabber. WhatsApp is obviously used by many, but its integration with Facebook can leave you worried. At the end of the day, it’s all about preferences.