Ever since the father of Cydia released the Cydget tweak, jailbreakers have made several efforts to create new widgets for the lockscreen of the iOS firmware.

And now that the jailbreak app has been updated to be compatible with iOS 7, developers have started creating new widgets for all users who have jailbroken their devices. 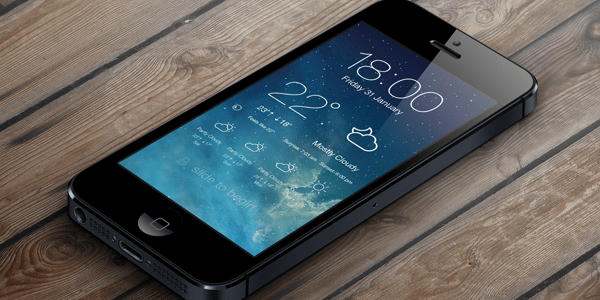 One of the new themes for Cydget is iOS 7 LockScreen Weather, and it’s pretty elegant once to install it. The highlight here is that it looks like a native integration, because it blends into the interface with ease. It looks quite evident that the developer of this theme has done extensive research about the iOS 7 UI changes, and therefore was able to make this look sleek and elegant.

The theme brings a live weather widget on the lockscreen, which keeps on updating itself when there are any changes. The release notes say that it is compatible with iPhone 5, 5c and 5s, and support for other devices is due pretty soon.

The screenshot shows how impressive the theme looks in reality, but we have to inform it’s not completely flawless. You have to go through a long process of adding a SSH, iFile for example, file, go to a certain folder and configure the file ‘config.js’ to set your desired preferences.

We do however expect to see improvements as time passes by, and a lot of users won’t mind going through some steps to get the job done. However, with new jailbreak tweaks bringing in easy Settings pane that makes configuration seamless, this one will take a few minutes of your time.

You can also check out LiveWeatherIcon in case you want to see weather updates on the icon of the native weather app. Also, you can use the StatusWeather jailbreak app to see live updates about weather changes on the status bar of your phone. 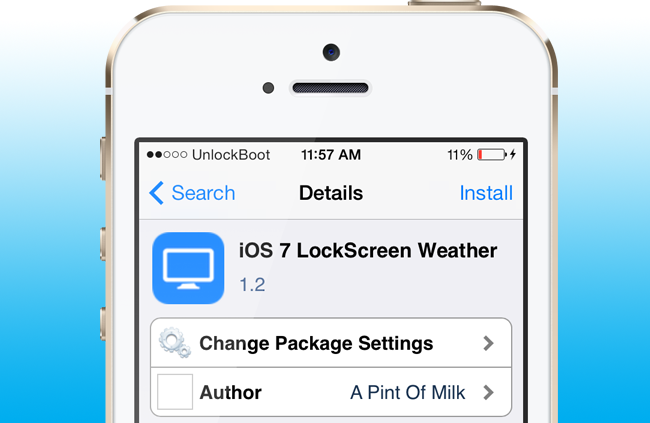 iOS 7 LockScreen Weather can be downloaded from the Cydia Store by adding MacCiti repository in the default Cydia source list. Let us know if you try it out and feel free to leave comments.