We have some more news on the new iPhone 5, it has been confirmed that Sharp will be making displays for the next generation of iPhones and they will start shipping the displays for the Apple’s new-gen iPhone towards the end of this month. 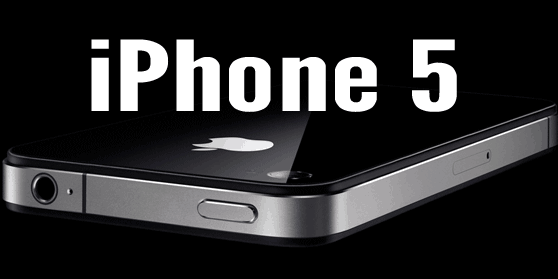 Takashi Okuda, president of Sharp told Reuters that the display panels are 4” diagonally — 30% larger than on the current iPhones.

“Shipments will start in August,” Sharp’s new president, Takashi Okuda, said at a press briefing in Tokyo on Thursday after the company released its latest quarterly earnings.”

Other reports have suggested that the new iPhone screens will be much thinner, and will use “in-cell panels”. This new technology embeds touch sensors into the LED which will eliminate the touch screen layer on top of the LED.

Apart from Sharp, two other suppliers of such panels are Japan Display and LG. It has also been speculated that the iPhone will be released in October (although that contradicts with the rumors of the iPhone being released in September 12).

“Japan’s Sharp Corp. said it will start shipping screens destined for a new Apple iPhone that is widely expected to be released in October ahead of the pre-Christmas shopping season.”

Apple has a media event planned for September 12th, but that could be a false rumor just to prevent leaks and security concerns. Another report spotted today from CNET suggest the production of the mini iPad, rumored to launch later this month after the iPhone 5 release, will also commence later in the moment, with production increasing up to more than 3 million units each month in the fourth quarter.

Analysts have said that this early speculation can be very hurtful for Apple as sales for its iPhones will decrease. People will prefer to wait for the new iPhone rather than the old one, and in addition to that iPhone has already shipped 26 million units during the quarter!

Apple was reported to say in a conference that a decrease in sales was caused by the massive rumors circulating amongst the Apple community. This was also another reason why people didn’t upgrade to the iPhone 4S.

It certainly was a bit of surprise that Sharp would release such information, however let’s just keep our fingers crossed and hope the new iPhone comes in as soon as it can!