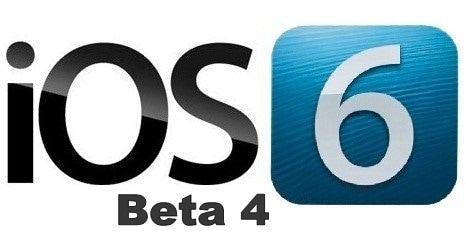 Apple has just released iOS 6 beta 4 for all the iDevices. Apart from that, Apple is poised to announce a mini iPad, and the much-awaited iPhone 5, at the media event on September 12.

How to Update to iOS 6 beta 4 firmware

iOS 6 beta 4 is was available as an over-the-air update a few hours ago, and now it’s also available at the developer center. iOS 6 is going to arrive as a free update to the eligible iOS devices with over 200 features. The exciting ones include the new 3D Apple Maps, make reservations, Siri ability to search for movies, and new iCloud features like Shared Photo Streams and Find My iPhone’s Lost Mode.

Those of you who have a factory unlocked iPhone shouldn’t be afraid to update to the latest developer version, all those who are stuck on locked iPhones can get their iPhones unlocked using the most reliable, safest and the cheapest factory unlock service from UnlockBoot. They can Permanently Unlock iPhone 4, 4S. This company can factory Unlock iPhone 5 – the 6th generation iPhone. The update can be accessed by those who have a registered Apple ID connected to the paid development account. Those who had already installed the previous beta version should have received the notification of OTA update. While the other method of accessing it is via iTunes Connect.

You can download the iOS 6 beta 4 by simply going to our download section. The new iOS 6 has been noted to have a very good effect on battery, and hopefully the fourth beta will have a better effect than the previous versions and a lot of bugs would have been addressed. iOS 6 Beta 4 has the same expiry date, September the 30th, so does this do good to the September 21st release of the new iPhone?