It’s not surprising that you want to connect iPhone to TV. All iDevices can be connected easily with a TV screen as well as projectors through an HDMI cable or with the assistance of a wired connector adapter. If there’s an HDMI input port in the recipient projector, display, or TV, the iPhone or iPad’s display can be mirrored to that screen.

As a result, you can watch videos and movies, do great presentations, and a lot more. The output of the video can be a maximum 1080p HDTV resolution, and both audios and videos can be transferred, mirrored from the iDevice to the TV screen. Also, if you don’t have HDMI, there is wireless AirPlay method you can use to connect iPhone to TV.

Requirements to Connect iPhone to TV or projector with HDMI

After all the hardware is with you, the rest of the process is easy to connect iPhone to TV screen. 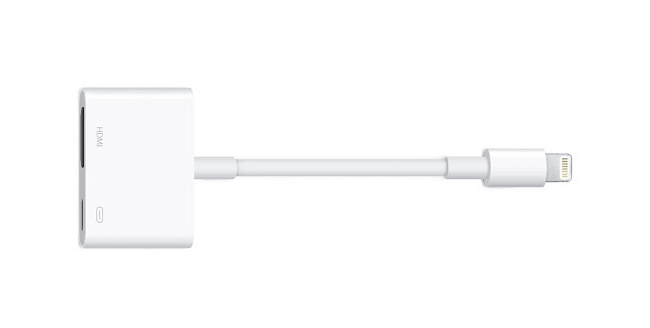 Use iPhone to HDMI Adapter to Connect iPhone to TV

Connect iPod touch, iPad or iPhone to TV, projector, or display with HDMI

However, if the device is vertically oriented, large black bars will show on iOS screen (both sides). Therefore, make sure the orientation lock is switched off, so the screen can be rotated for the wider TV display. It is also helpful for apps that support horizontal format, like Safari does.

Of course, the process isn’t as fancy as using AirPlay to mirror a display wirelessly, but it works flawlessly and there’s minor setup needed, so it’s a terrific solution for those who don’t mind wires.