It has only been a week since the official release of iOS 7 and already a few bugs have been discovered. To carter the looming threats, Apple has today released iOS 7.0.2 for all iDevices. 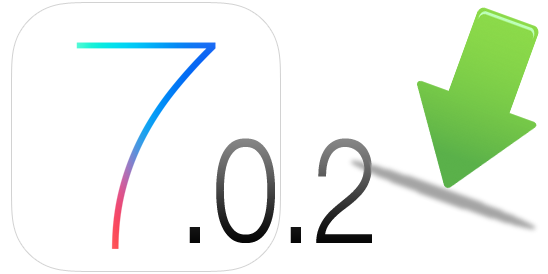 The release is now official and its importance lies in the fact that it fixes the ‘bypass passcode issue’. Read on to download iOS 7.0.2 for your iPhone, iPad or iPod touch.

This is the first 7.0+ version that will be available for iPhone, iPad and iPod Touch. It will also work on the new iPhone 5s and iPhone 5c. As it fixes a security issue that has sparked controversy from all around, it is important that you update to it if you’re already running iOS 7. However, if you’re jailbroken or on lower firmware and waiting for iOS 6.1.3 untethered jailbreak, it is recommended that you don’t upgrade. 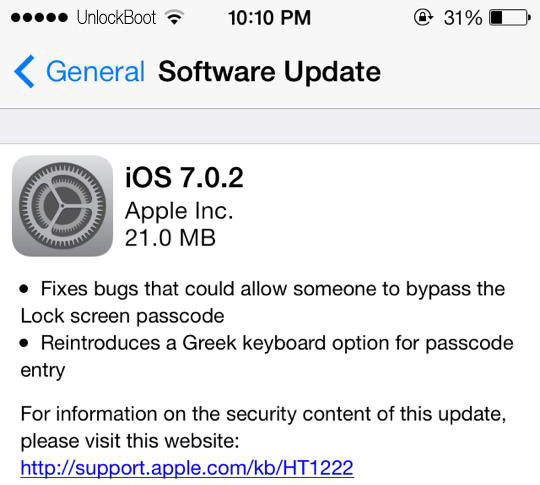 You can manually update the software by going to Settings > General > Software Update. 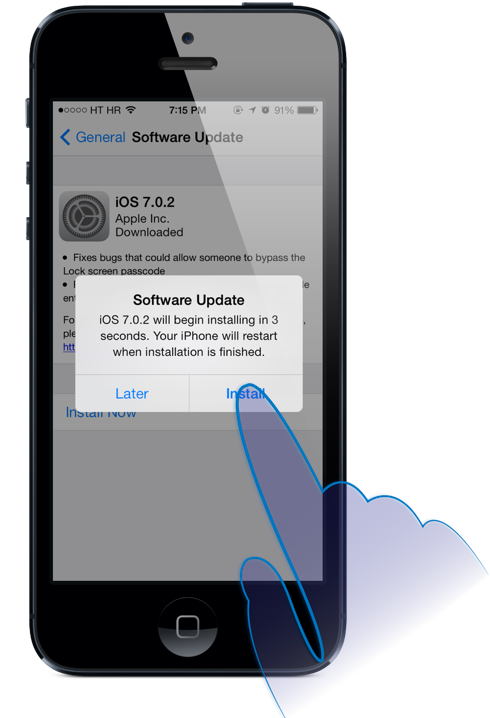 The other way is to use iTunes to download the update (800MB – 1.1 GB if you download it through iTunes update method). 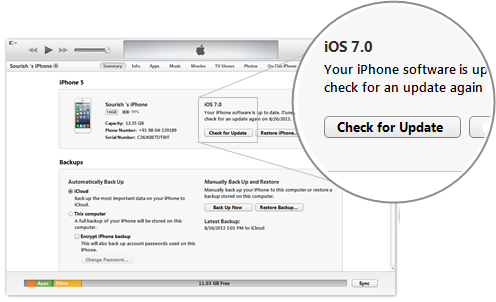 First you need to download IOS 7.0.2 IPSW file for your device. After downloading complete you need to open iTunes, press and Hold the (Options key for Mac or Shift key for Windows) and click Update.