So Apple’s AirPods are really waterproof? A drop and water test explored the resistance of Apple’s new wireless wearables. 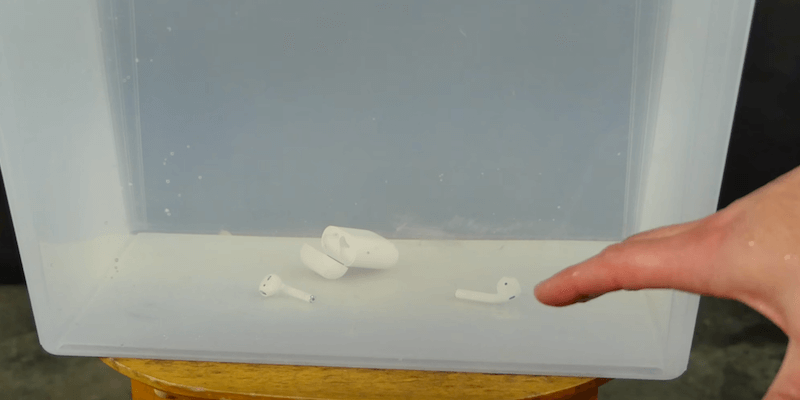 There are several things Apple fanatics do when a new product is released by Apple. Some go on and purchase it immediately and then enjoy the many benefits it offers. Then there’s a special lot who buys Apple’s hardware and then try all they can to test claims made by the company, in several creative (sometimes unimaginable ways).

That said, in the name of people trust ad experimentation, the video in this blogpost shows the AirPods in a drop test, as well as being put in water and even through a detergent filled washing cycle.

AirPods are not only visually appealing, they are quite resistant to water and impact damage, to an extent that they keep on working with minimum superficial and surface damage after going through all tests.

As a drop test standard, AirPods were dropped from head and waist height, as well as from 10-feet. They fell to the ground and bounced around, but worked with just the hardware showing some scratches and scrapes. What’s more fascinating is that they survived a 30-minute jaunt inside a washing machine, which is quite interesting for the hardware. The real-life scenario could be that AirPods are left inside your pocket and have to go through a soapy, wet cycle.

See the video embedded below and let us know you thoughts.

Do you want to purchase AirPods more than ever before after seeing all this?