What Is The Best VPN for Kodi? Today, we break down the leading VPNs for Kodi in 2023. All of them can do a great job enhancing your security and privacy without distorting your streaming or browsing experience. 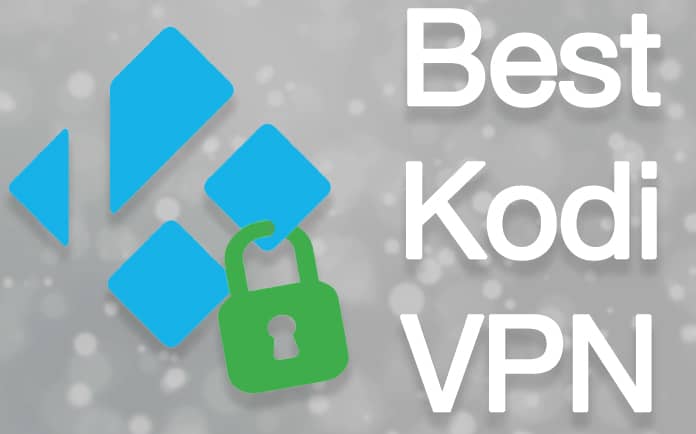 We’ll also highlight which VPNs have apps for certain smartphones and tablets so you can find the right fit for your preferred gadget. Regardless of what brand of VPN you go with, it will help you enjoy Kodi with peace of mind knowing malicious hackers or adversaries are not spying on your IP.

Note that we didn’t include VPNs that don’t provide ample privacy to prevent leaking of users’ IP or store logs of user activity.

For those who aren’t familiar, Kodi is the robust home theater application that was previously named as XBMC. Users can customize it with multiple tools, programs, and content repositories for a streamlined experience. It can drape any Android gadget, PC, as well as Rasberry Pi devices, and offers a simple interface that supports a range of remote controls and gamepads.

The real charm of this technology lies in its addons – they do a great job at enhancing the software’s capabilities. In particular, video addons allow users of Kofi to engage in video streaming over multiple sources, including BBC iPlayer and other similar addons.

Why Use a VPN for Kodi?

The majority of Kodi users connect to a VPN for hiding their internet activities from their internet service provider when they wish to access pirated content, however that’s not the only reason why it makes sense to sign up for one.

A quality VPN will encrypt the internet traffic generated by your Kodi device and route it via a temporary server in users’ preferred location. This enables you to access geographically blocked content, like BBC iPlayer. Plus, it also secures you from different cyber attacks that surface from third-party addons while keeping your activity hidden.

A variety of VPNs are present in the market, but we’ve mentioned the best ones for Kodi users. We’ll also be sharing what devices are compatible sith each VPN, including OpenELEC and Android. We also accounted for security, logging, speed, reliability, ease of setup and use when selecting the best Kodi VPN.

ExpressVPN is another great pick for Kodi owners, offering a reliable & fast speed service. The app also has a Linux version with a command-line interface, though it hasn’t been tested by many. Amazon had s Fire TV-supported version of ExpressVPN. A drawback for those using Android-based Kodi gadgets is that they won’t be able to download .apk files without implementing account authorization, which means that the absence of Google Play, and a conventional web browser would need to sideload the app from another Android device.

ExpressVPN also has a guide for configuring Nvidia Shield on its site. The company can also unlock geo-restricted content, including Netflix, Hulu, HBO GO, HBO Now, and BBC iPlayer. It offers world-class security protocols, ideal forward secrecy and 256-bit AES encryption amongst everything. Apps are offered for iOS, Android, Linux (command-line), Windows and specific routers (WiFi-capable). If the Kodi gadget you’re using isn’t compatible with a virtual private network, the pre-flashed WiFi-cable routers offered by ExpressVPN (containing its bespoke technology) might just be what you need.

NordVPN has a network of above 1,100 servers in more than 50 countries. Most can unlock geo-restricted content like Netflix, BBC iPlayer, and Hulu. Those using Android without Google Play can download .apk directly from the site of NordVPN. Sadly, you won’t get any Linux version of the app, but users can manually configure several protocols using NordVPN.

The company also offers a zero-log policy and leverages 256-bit encryption. The connection is top-notch and the speed is high-end. The default interface of the map might not be suitable for people who’re using a remote control and Kodi, but users can also see the available servers in list format too. NordVPN offers apps for Android, iOS, MacOS, as well as Windows.

Android-based Kodi device owners should use IPVanish. It also works with Fire TV Stick and Amazon Fire TV. For people without Google Play access, IPVanish enables users to download .apk files from websites and install them directly on their devices without having to visit the app store.

Through Amazon, IPVanish’s app is available on the Fire TV app store. Manual configuration is required if you’rs using Linux. The Fire TV version can also be used with the Fire Stick remote, which makes it easy to set up and connect to a preferred server. Thousands of reliable and fast servers located in multiple parts of the world are available to choose from. No logs policy and 256-bit encryption are also an added bonus.

The less expensive of all VPNs is PureVPN, both on a monthly basis as well as a yearly subscription. However, there’s no bi-yearly subscription, so you’ll be paying up front annually or in recurring amounts monthly. 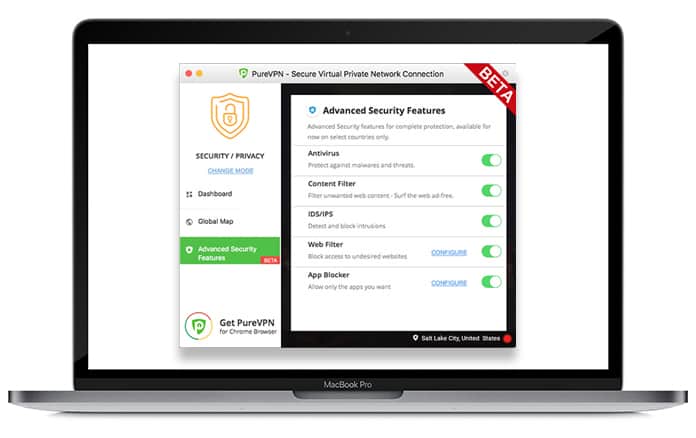 The company has recently expanded its guarantee from seven to thirty one days across all plans, so all the services are equal in this aspect. While you’ll be paying upfront, you’d be able to test VPNs for a 30-day period, entirely free!

This company is a small provider of VPN software but has made a name for itself because of its ability to unlock every piece of content and software, including Netflix and BBC iPlayer. For newcomers, it doesn’t have a large number of servers to offer, but the limited availability of servers offer lighting speeds and are spread over a vast range of nations. 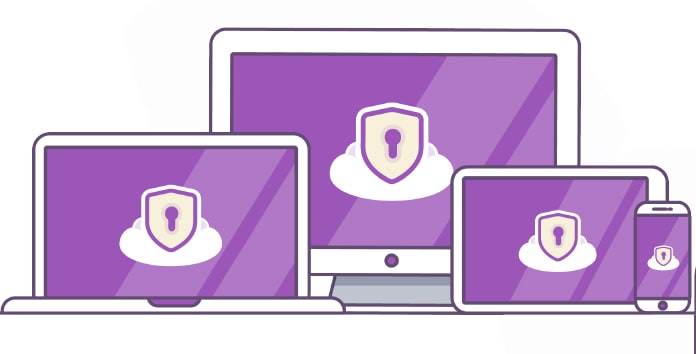 Logging and security protocols are as good as you’d get from a big VPN provider, so users can have a peace of mind knowing hackers and their internet service providers won’t be able to track their activity. Individuals can access .apk files from PrivateVPN’s official website directly. There’s no application available for Linux, but a manual setup is also an option. Apps are also available for Android, iOS, MacOS, and Windows.

On PCs and smartphones, the most straightforward way to activate a VPN on Kodi is to install the provider’s software. For doing so, minimize Kodi and install the software on the operating system at hand. Download the application from the VPN provider’s site, log in using the credentials of your account, choose a server location, and click on the button that says ‘connect.’ After the connection has formed, launch the Kodi back up and use it like you’d do normally. The device traffic would now be tunneled via VPN.

If you’re trying to work with Kodi XBMC on a gadget that doesn’t offer support for VPNs, you can still leverage the subscription to the VPN software by setting it up on the WiFi router manually. The process is a bit different based on the firmware of the router, so it’s best that you Google the tutorial for your specific router. After the setup completes, the web traffic going from as well as coming into the router will be traveling via the VPN channel. However, the firmware of the router might have to be replaced if the default software doesn’t configure with virtual private networks. The process, known as “flashing,” should be carried out with utmost care.

If the user fails to flash the new firmware in the correct manner or end up flashing the incorrect firmware for their router model, it can brick or damage the software permanently. Some of the most focus router models and firmware that are compatible with VPNs include DD-WRT Tomato AsusWRT. If there’s a Mac or PC laptop present at your disposal, an easier and more secure option is to install a VPN on that device and make a WiFi hotspot. This is known as a virtual router, and most modern devices can produce one. Forming a VPN connection on the laptop and routing a WiFi network on it will allow you to connect a Kodi device so that every stream transfers via the virtual private network. You can find Mac and PC instructions on how to set up a VPN-activated virtual router on Google.

Kodi is 100% legal. It’s an open-source software produced by a non-profit company. Users have full rights to install and download Kodi from its official website and leverage any of their sanctioned add-ons that are listed officially. Also, it isn’t illegal to sell or purchase devices that come with a pre-installed Kodiy software, as long as the devices don’t contain any add-ons from illegal third-party sources. We suggest WeTek’s boxes, with don’t include any third-party add-on and have a clean install of Kodi and function on OpenELEC Linux distro. Users of Kodi can function into legal problems only if they extend the capability of Kodi’s streaming sources with third-party, unsanctioned add-ons, or when they purchase a Kodi box from third-party company that has those unsanctioned add-ons installed beforehand.

The sources could include IPTV streams that are pirated, websites that host content without copyright permission, and torrents. It isn’t entirely clear to users what add-ons stem from illegal sources and what don’t. This is quite true for the boxes that come pre-configured with Kodi. In one example, a man from the UK was fined 250,000 British pounds for retailing Kodi devices equipped with multiple add-ons that were capable of streaming content from illegal sources, despite the man saying the devices are 100 percent legal. So how can one comply with the law?

Know that the XBMC Foundation, which produces and manages Kodi firmware, isn’t involved in the retailing of Kodi devices. In fact, Kodi’s team says that boxes are basically sold by YouTubers and on eBay, and these come loaded with third-party software, and these are bringing death to Kodi. But since Kodi is open source, those installing it can’t be controlled by XBMC. We recommend not buying any device that comes with a third-party add-on and Kodi pre-configured. That’s because doing so could get you penalized for copyright infringement, as well as infect the bought device with malware on the system before the purchase has been made.

If you purchased an Amazon Fire Stick or another device that is fully loaded with the installation of Kodi, we suggested you to clean wipe the whole system and begin from scratch. Moreover, the third-party source streaming varies by nation. Some could be legal but would require you to view from a specific region or country. Others could exist in a grey area. For those reasons, we recommend double checking the regulations and local laws in your country, as well as use a VPN to keep your activity hidden from ISPs and other hackers.