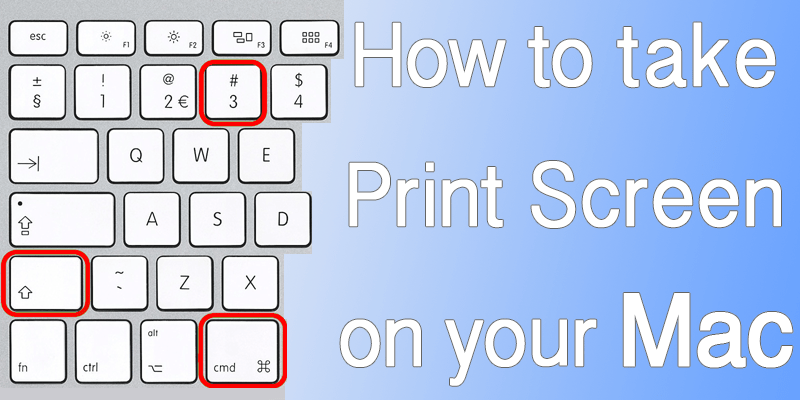 But before we do, you need to know the reasons why print screen is important. Here are the main ones:

There are loads of other reasons behind screenshots, but these two are the main ones why people want to print screen on Mac.

3 Ways to Print Screen on Mac, MacBook Pro or iMac

Here are 3 ways to perform this function on your Mac easily:

#2: Command to Capture a Specific Portion

To capture a specific portion on the screen, Press Command Key + Shift + 4 and then it’s possible to print a portion on Mac OS. The cursor changes the shape when you press these keys and then you can select the portion you want to capture by dragging the cursor. It then gets saved to the desktop. Press Command Key + Control + 4 if you want to save the captured part to the clipboard and select the portion to save it.

#3: Command to Capture a Particular Window

Press Command + Shift + 4 to capture a specific window and wait for the cursor to change shape. Press spacebar when it does and the cursor will change to a “camera”, click on the window you want to capture. The image will be saved in the desktop.

Press Command + Control + 4 if you want to save to the clipboard. Wait for the cursor to change to “+” and press spacebar, and click the window to be captured and that’s it.

Read Also: How to Record Facetime Calls on Mac