Even the most casual user of the iPhone must be familiar with the term jailbreaking. At one point having your phone jailbreaked was all the rage and quite popular but the tendency of users to do so has decreased over time. The reason behind this lies in the fact that Apple started including jailbreak features as part of iOS updates. However, there are still plenty of reasons to jailbreak iPhone or iPad and here are some of them. 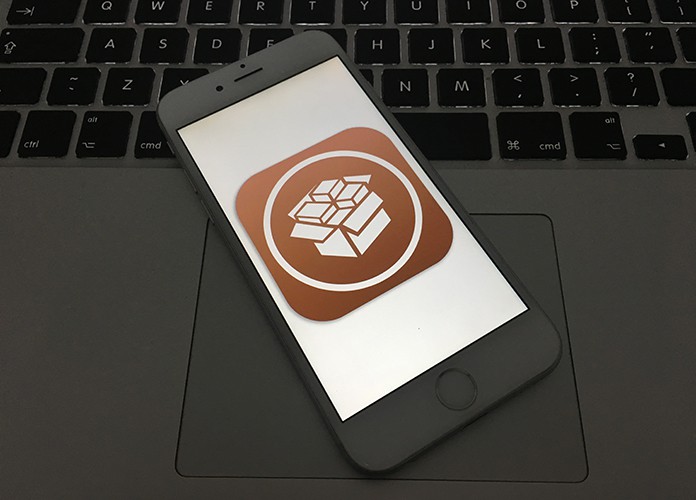 Below are the top 7 reasons to jailbreak your iPhone, iPad or iPod Touch:

1. Use Jailbreak Tweaks to Customize your iOS

Users who made the leap from Android to iOS will have noticed right off the bat how little customization is possible with the iPhone. Where the Android is concerned it is a small matter to change the home and lock screens, font sizes and styles etc.

When it comes to iOS, however, it is possible to perform such actions but always through a lot of hassle whether it is by rooting or other more roundabout and pretty clunky methods. To free yourself of this, the jailbreak will allow placing widgets, changing system fonts and even altering icon layouts. It is even possible to add new custom animations over the slower default ones. 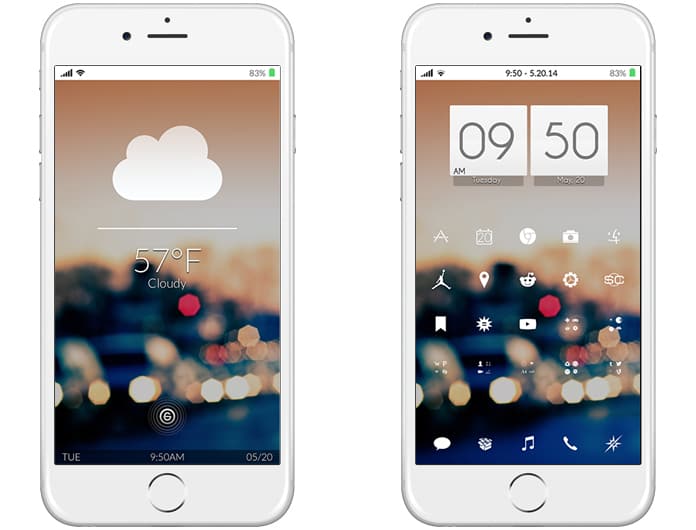 Jailbreaking will give a completely new and fresh face to your iPhone.

2. Improve the Functionality of your Device

Jailbreaking can improve the amount of usage you get out of your iPhone by getting apps that increase the functionality of features like 3D Touch and Siri tweaks. For instance, Touch ID can lock down individual apps and even create a virtual home button substitute.

It is also possible to do things like using 3D touch on older devices (using the Peek-a-Boo tweak) like even the iPhone 5 while it is a feature for the iPhone 6S. iPad features are also fair game, such as slide over and split screen multitasking. The possibilities are endless. 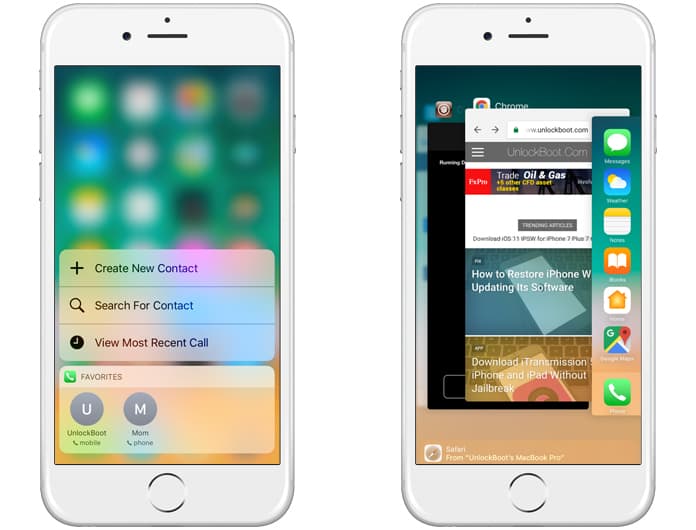 In addition to this, sometimes cellular operators decide to disable tethering and have surplus charges to an iPhone’s connection using WiFi. Jailbreak has tweaks like TetherMe which allows the user to create a personal hotspot and at the same time get around such exploitation.

An important thing to remember is that while jailbreaking could potentially enhance your phone’s security, it could at the same time also leave the device exposed to threats. So, only do so if you feel it will be worth it.

Jailbreaking allows the user to lock individual apps and folders and iCaughtYou Pro even takes a picture when a wrong password is entered and sends it to you via email. 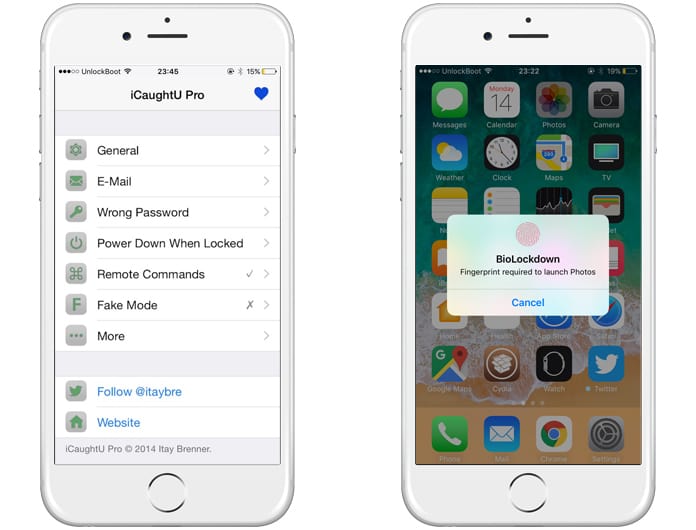 Firewall IP7 is a jailbreaking tweak that allows you to block specific outgoing network connections. This is potentially a huge security boost since you can choose which networks are a threat to you and from which apps and block those specifically.

Again, the lack of flexibility in standard iOS shows here as well since it doesn’t allow the user to access the files system directly. For some users, this may not be an issue but most, myself, included would like to have that option available so I can alter, compress and modify files as I like. 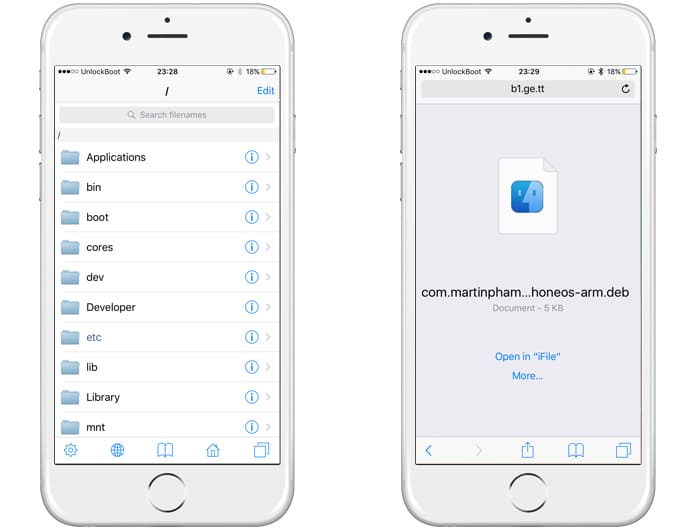 Jailbroken files have file manager apps which allow easy browsing and modification of the entire files system. This isn’t all as apps like the Filza File Manager come equipped with file sharing protocols like SMB and even cloud services such as Google Drive and Dropbox. To top it all off there is an IPA installer to install files similar to APK files on Android.

For the ’90s kids’ amongst iPhone users, jailbreaking means that you can play retro console games. Take a trip down memory lane playing all your favorite titles from platforms like the PSP, PS1, N64, and NDS amongst others.

For instance, there is GBA4iOS that is a well known Game Boy Advanced emulator and has Dropbox sync as well as cheat codes, controller, and multiplayer supports. Another example is the iNDS, a Nintendo DS emulator that works on non jailbroken devices as well but is limited in its functionality as a result. 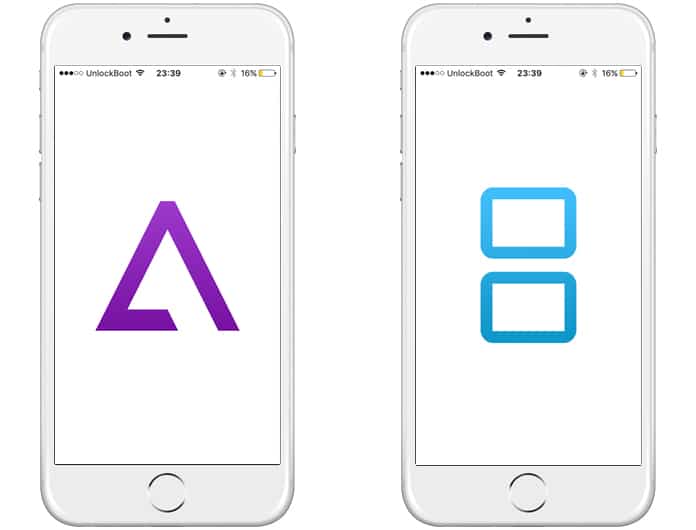 However, keep in mind that using emulators is 100% legal but downloading ROMs isn’t, since it violates property rights of the developers. So, it would serve to be careful about which ROMs you download and from where to avoid any sort of legal issues or hassle.

A not very commonly known fact is that most of the features and functionalities seen in Apple devices today are the brainchild of the jailbreaking community. Multitasking, Bluetooth keyboards and creating personal hotspots were all ideas that Apple copied and incorporated under their umbrella. 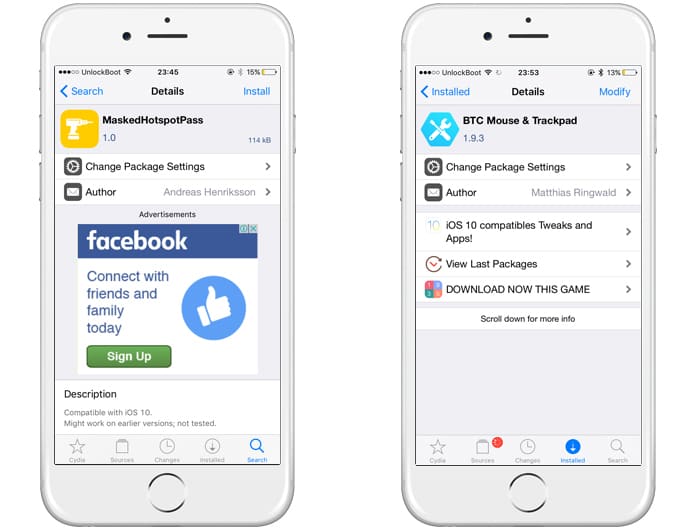 This is something that continues to this day. Night shift was a feature introduced in iOS 9.3 which reduced eye strain by cutting down on the amount of blue light on the screen. Surprise, surprise, there was a jailbreak app available six years before that did the very same thing. This is an act that the jailbreak community calls ‘Sherlocking’.

7. Clearing the Cache and Freeing Up Space

The rise of 4k videos and detailed in depth games has meant that storage is at a premium for most devices now. The iPhone comes in a base 16GB model and that is hardly sufficient as most users can testify to constantly having to delete media and apps to make space.

For a non jailbreak device, the only way to clear cache on iPhone is to completely reinstall apps which can prove to be a huge hassle. A jailbroken device gives access to various tweaks and apps to free up memory space. 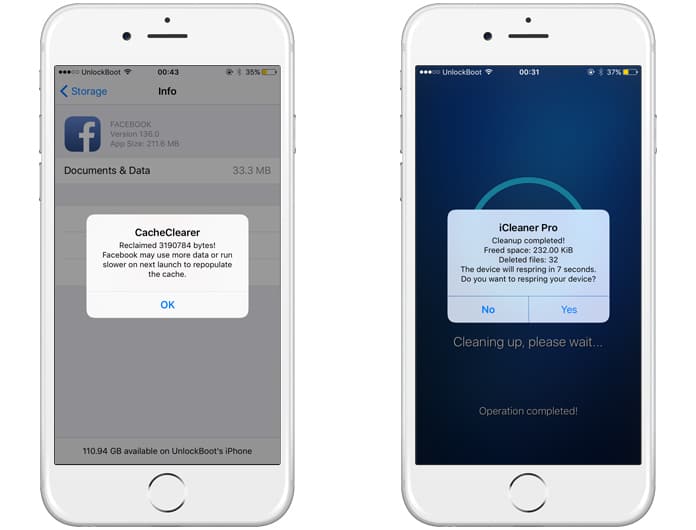 CacheCleaner is one that offers to clear cache directly from app settings, similar to the Android. iCleaner Pro is an app that does so on its own.

What this effectively means that many of the features that Apple may still be planning to introduce later on in future iOS updates could be available as jailbreak apps right at this very moment. Talk about living in the future.